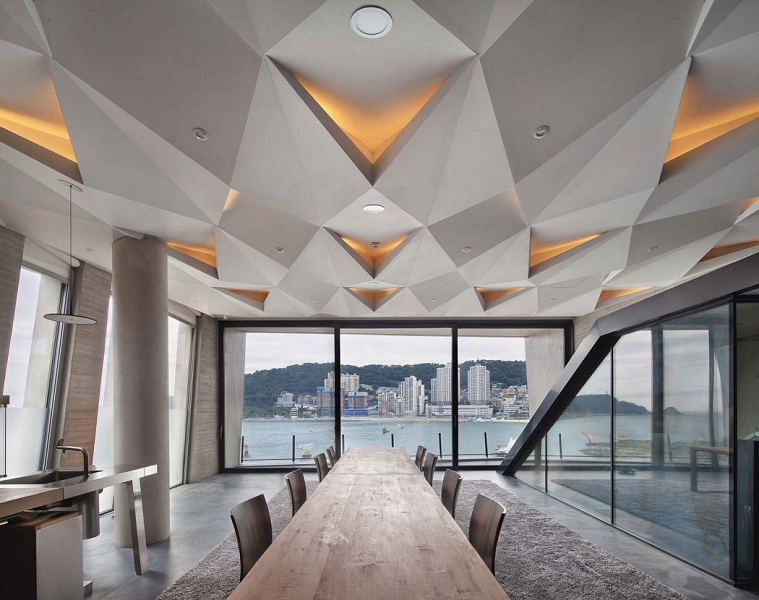 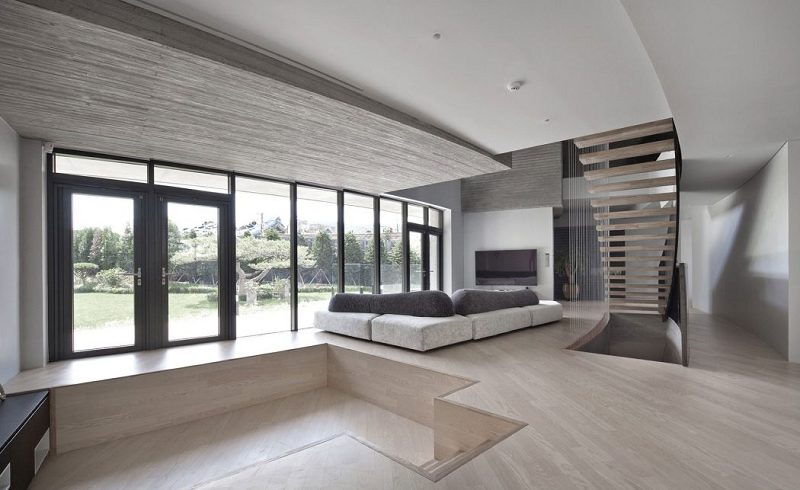 From Architect,
Busan City suddenly had swollen by the influx of refugees during Korea War. The refugees had built irregular shape’s homes according to the topography of mountains in Busan City in a short time. Numerous alleys has stemmed from the relations of the houses. Now, 65 years after Korea war, the irregular houses’s urban fabric becomes a unique feature of Busan City. The view suddenly appearing through alleys and houses forms a distinguish urban landscape from other cities.
AAWH is a project to compose city alleys in a space, House. A curvy mass was naturally extended from the east hill of the site to sea. In accordance with the mass, the main circulations were set on each floor. Eight stairs crossing the main circulations and One tube bridge were placed in the mass. In this process, spaces emerged and programs were defined. In the mass, alleys and spaces coexist. User can constantly combine new route with the alleys in the house. Windows of limited visibility provides new awareness the landscape of the hill and sea.
In AAWH, exposed concrete, bamboo formwork exposed concrete, pine formwork exposed concrete, wood bricks, basalt bricks, metal panels were used. These materials provide the flow of the circulations and highlight the alleys in the spaces, and therefore the spaces of programs are defined by them. Because the space can be defined by the other elements, we name the space Dependent-Independent Space.
via architect-k.com 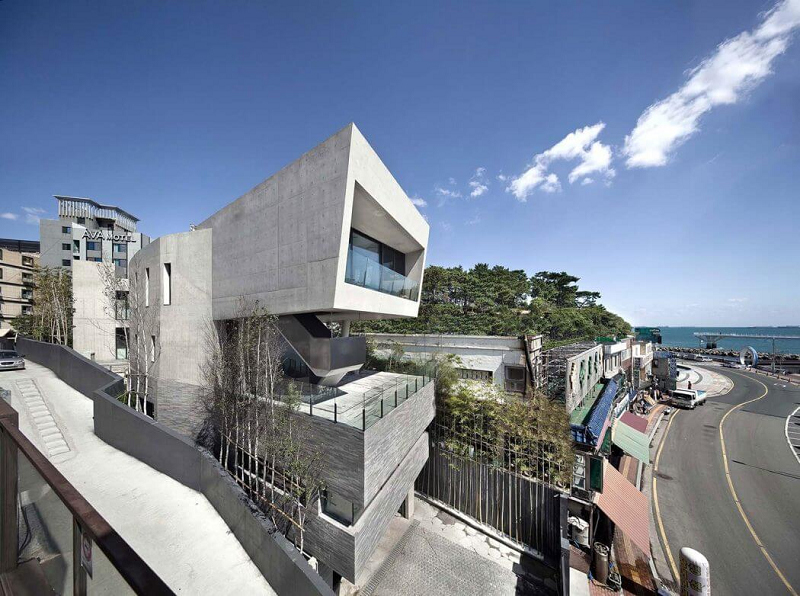 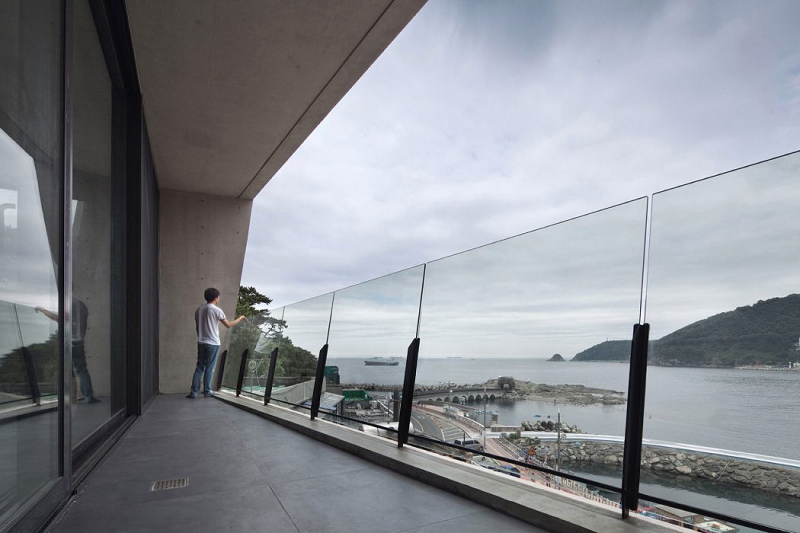 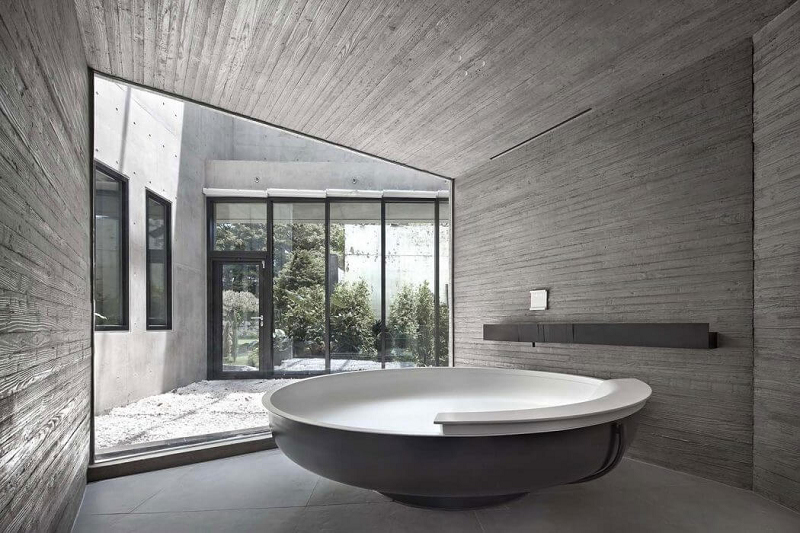 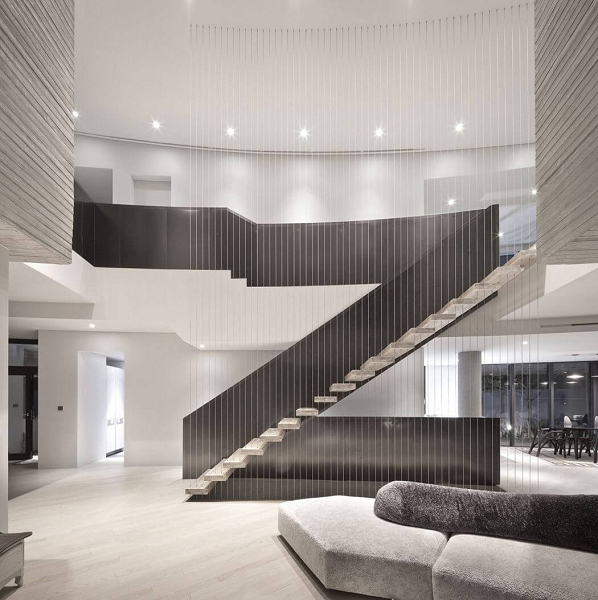 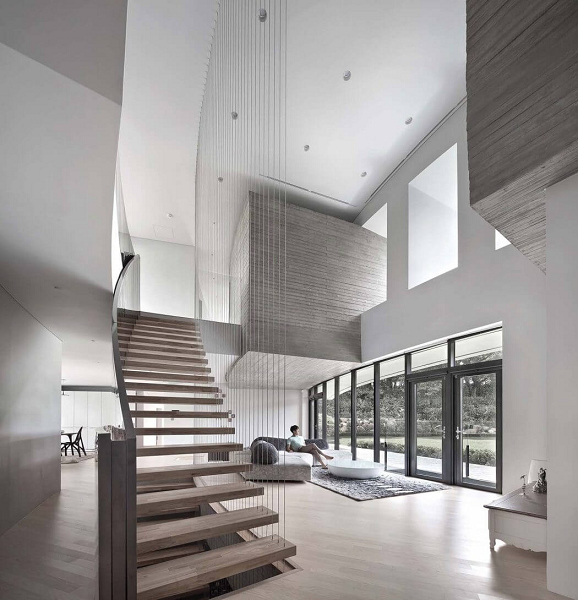 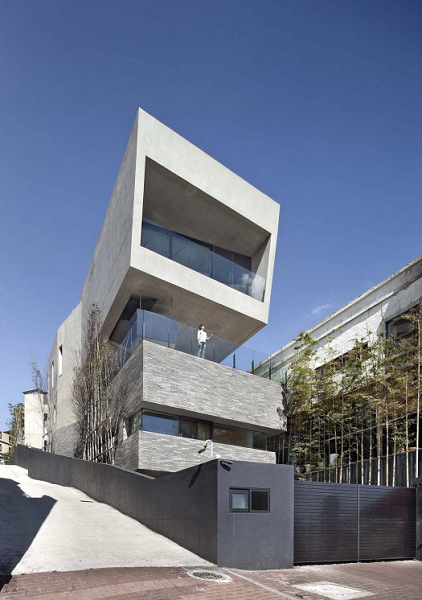 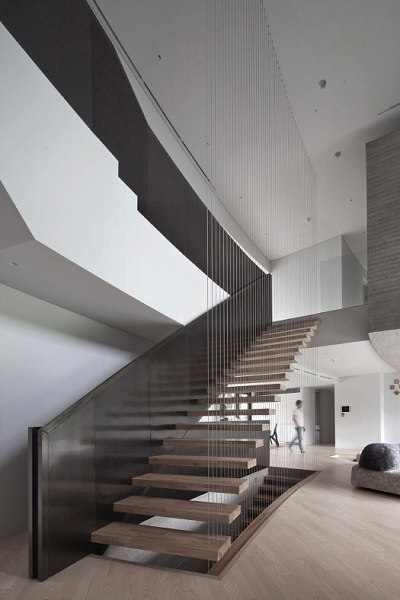 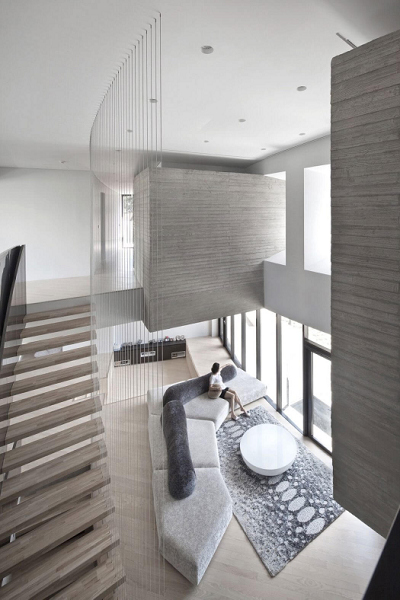 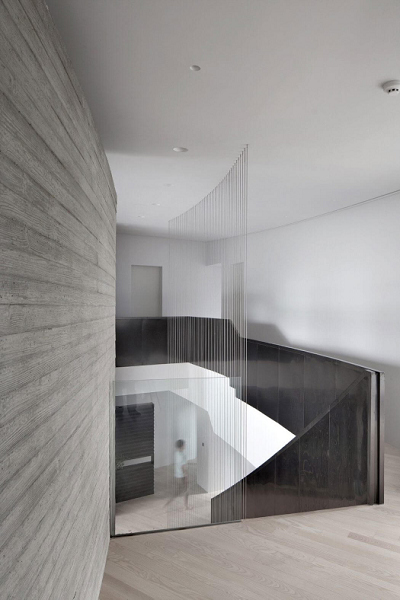