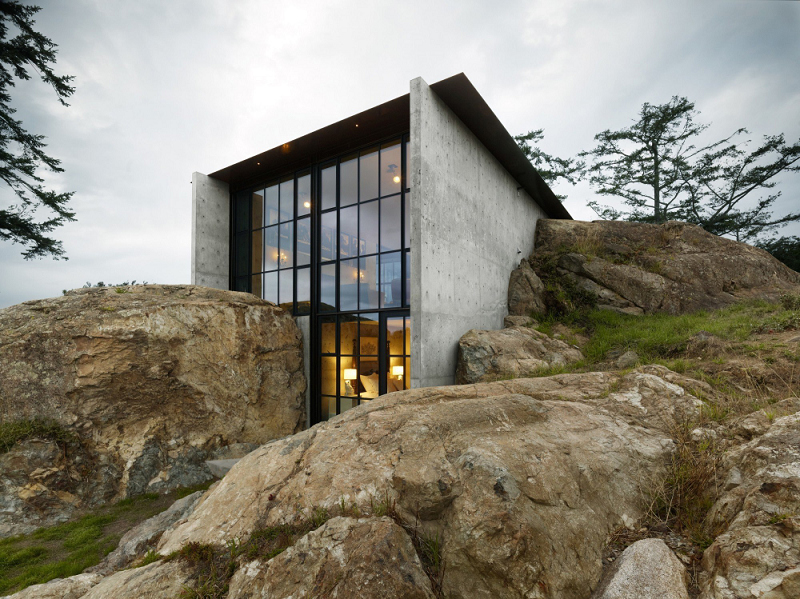 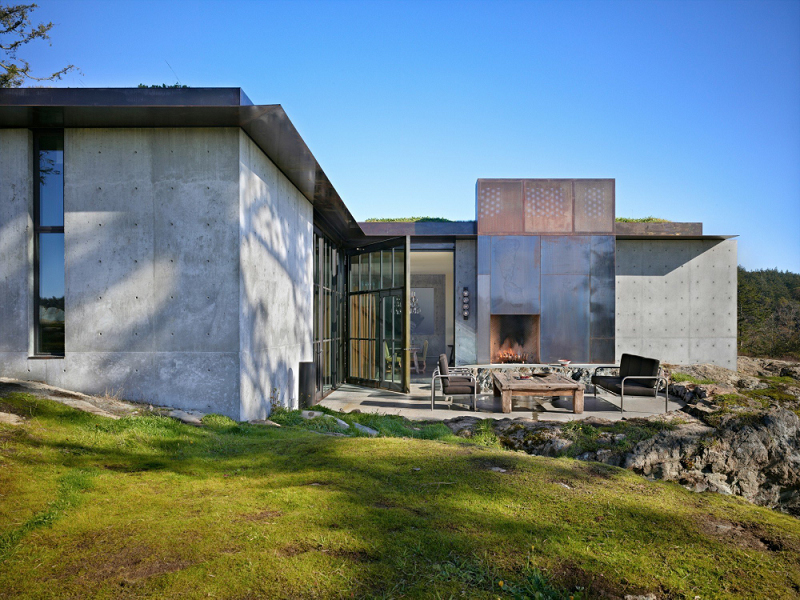 Seattle firm Olson Kundig Architects used dynamite, chippers and saws to bore through the huge boulders of a rocky outcrop on a North American island to make room for this raw concrete house. Named after the French word for stone, the Pierre is a single-storey residence designed to cut into the protruding bedrock of the client’s existing property, located on one of the San Juan Islands off the coast of Seattle. “Putting the house in the rock follows a tradition of building on the least productive part of a site, leaving the best parts free for cultivation,” said Tom Kundig, a director at Olson Kundig Architects and the lead architect on the project.
The house is slotted between two sections of rock. Its walls are made from exposed concrete, with a smooth surface that opposes the rough stone, while the roof is covered with grassy plants to allow the building to merge into the landscape. Traces of the stone continue through the house’s interior, where a cave-like bathroom tunnels through one of the boulders and features a mirror that hangs down from a hole in the ceiling.
The Pierre was completed in 2010 but was named as one of 26 winners of the American Institute of Architects’ Institute Honor Awards.
via olsonkundig.com 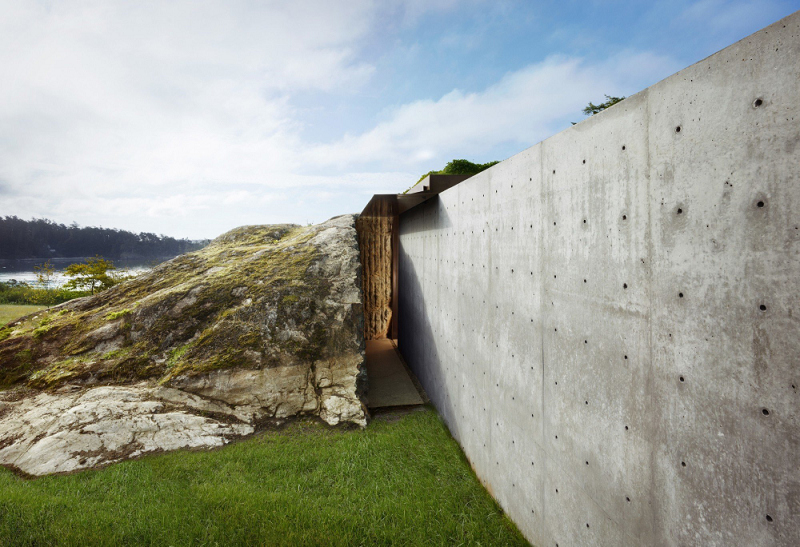 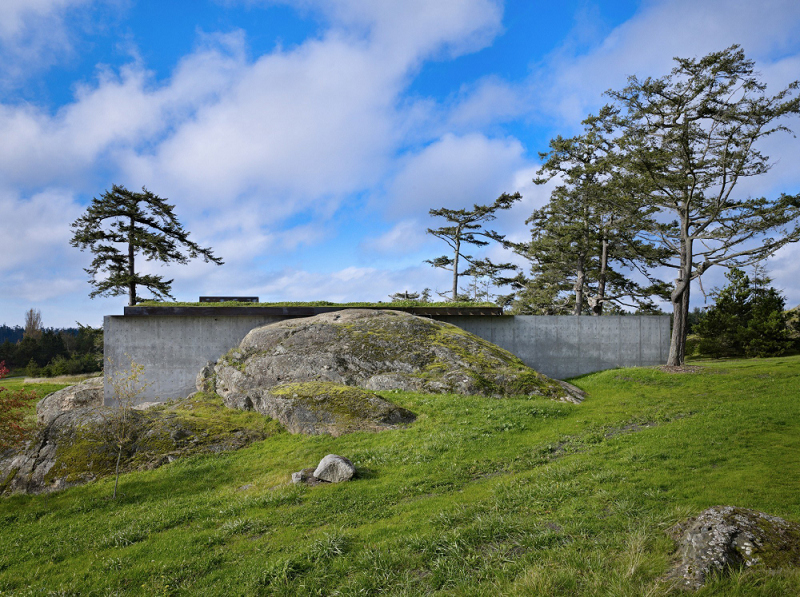 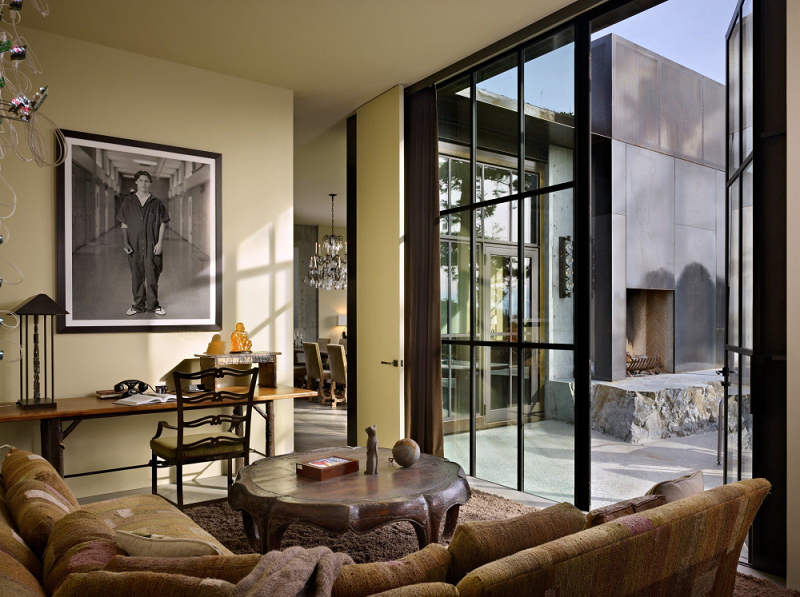 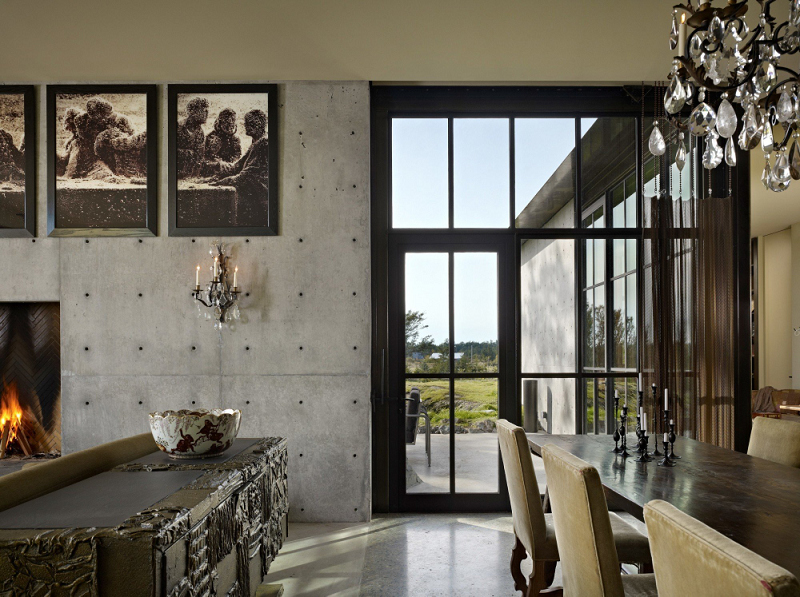 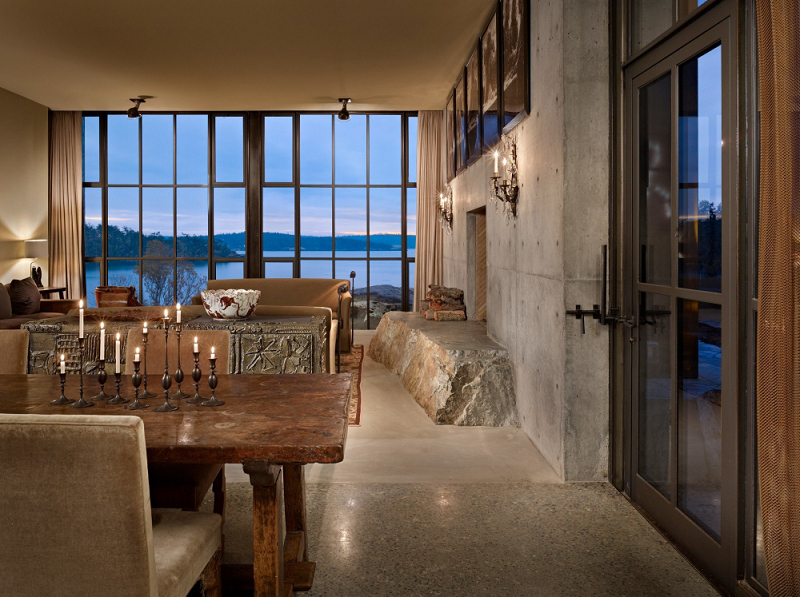 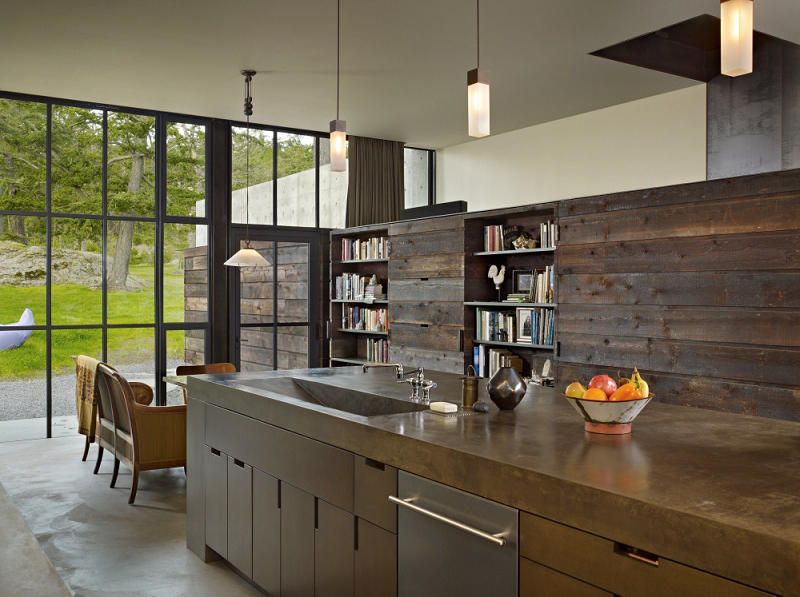