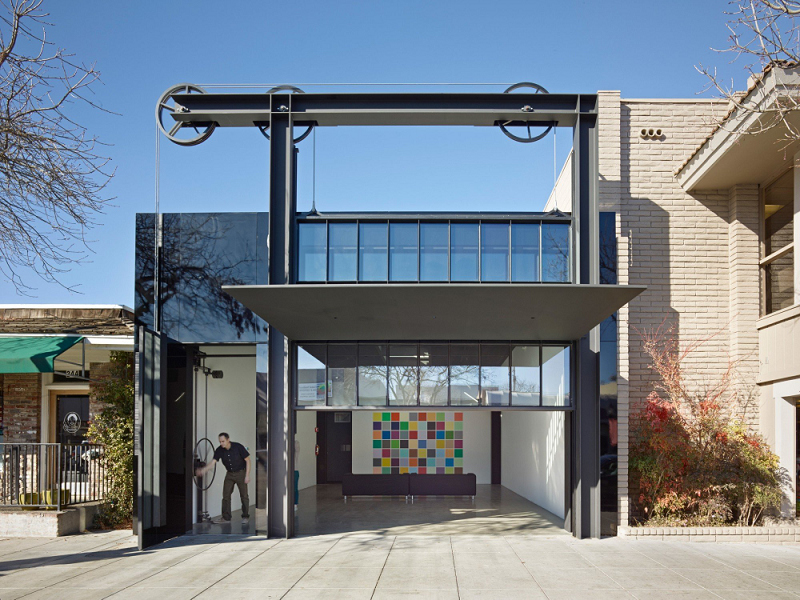 Kundig, principal designer at Olson Kundig Architects, added the new mechanical facade to a vacant 1950s building at the heart of the Silicon Valley community, creating a temporary gallery space able to reveal its contents to the neighbourhood. The five-metre-high grid of windows is hooked up to a system of gears, pulleys and counterweights. To set them into motion, a pedal must be engaged to unlock the safety mechanism, before a hand wheel can be rotated to begin lifting or lowering the facade.
The interior, previously used as an Italian restaurant, was left largely unchanged to create a flexible space for displaying different types of artwork.
The transformation was achieved by essentially replacing the entire front façade with a double-height, floor-to-ceiling window wall that can be raised or lowered depending upon the needs of the user.
A pivoting door was also added to provide access to the gallery when the facade is closed, while the steel beams supporting the pulley system could for be used to support signage. 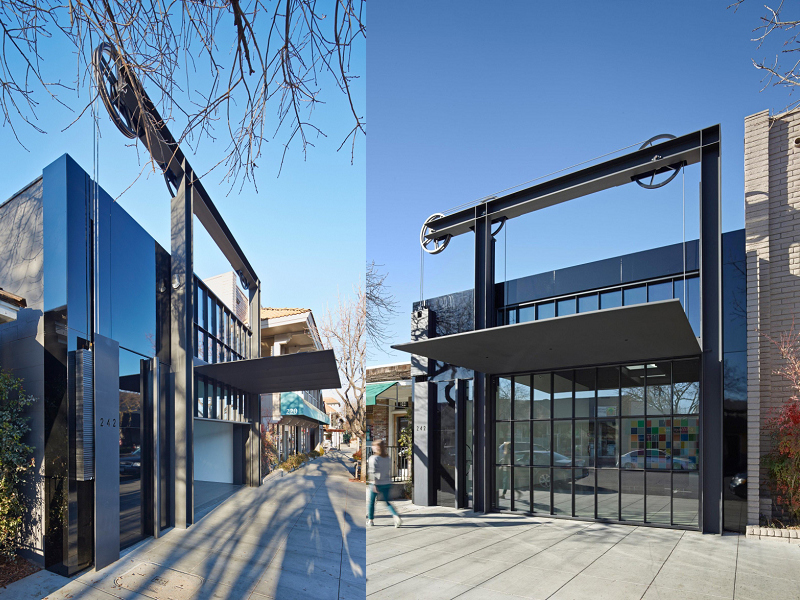 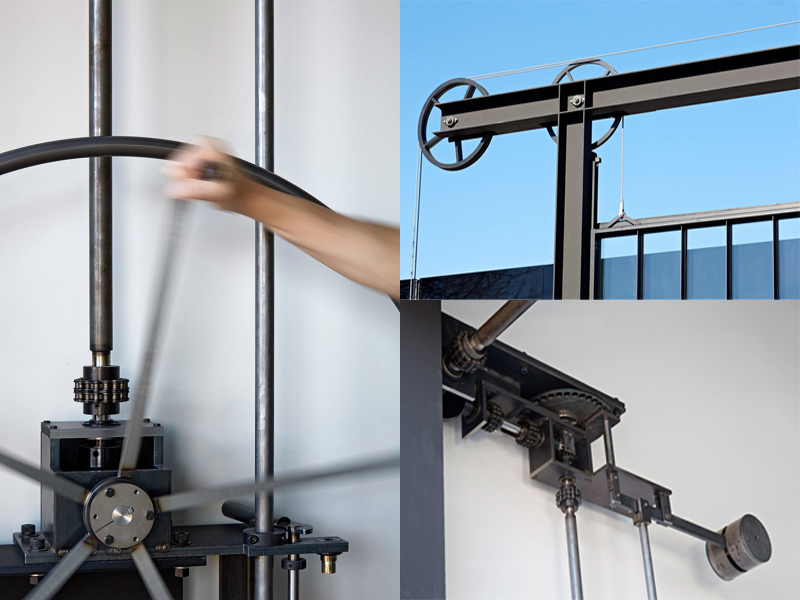 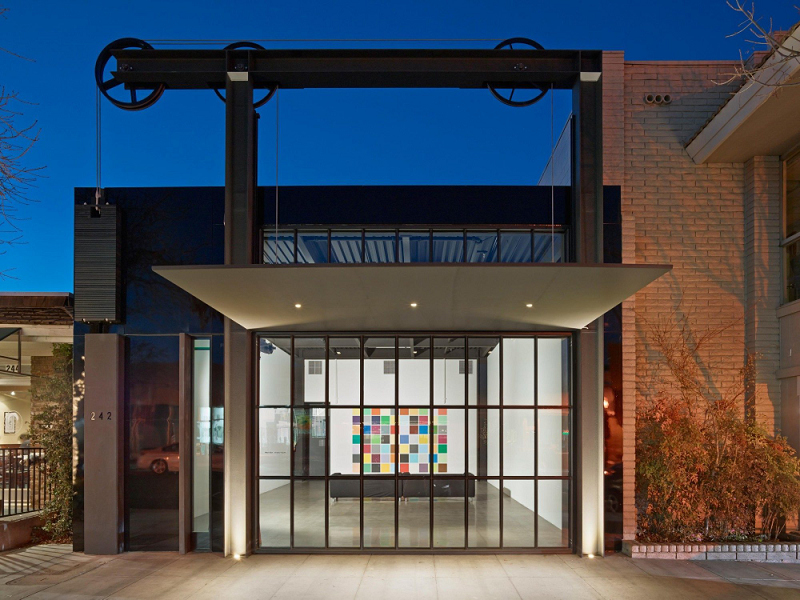 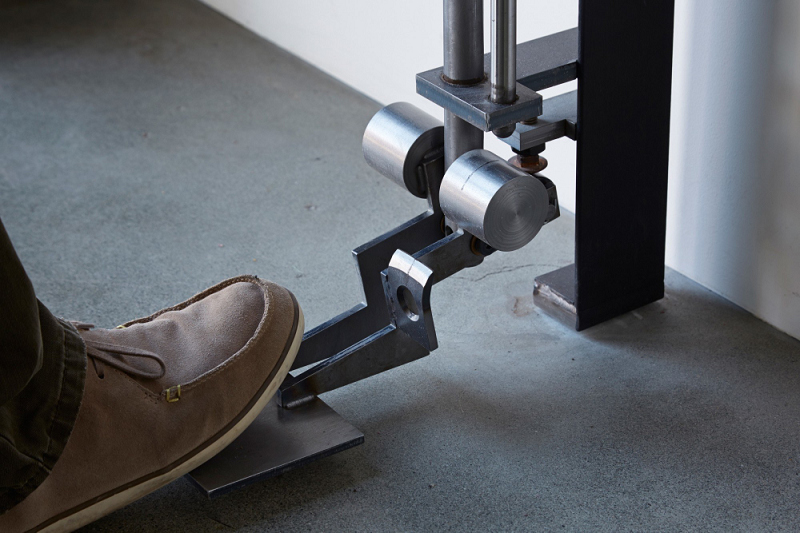 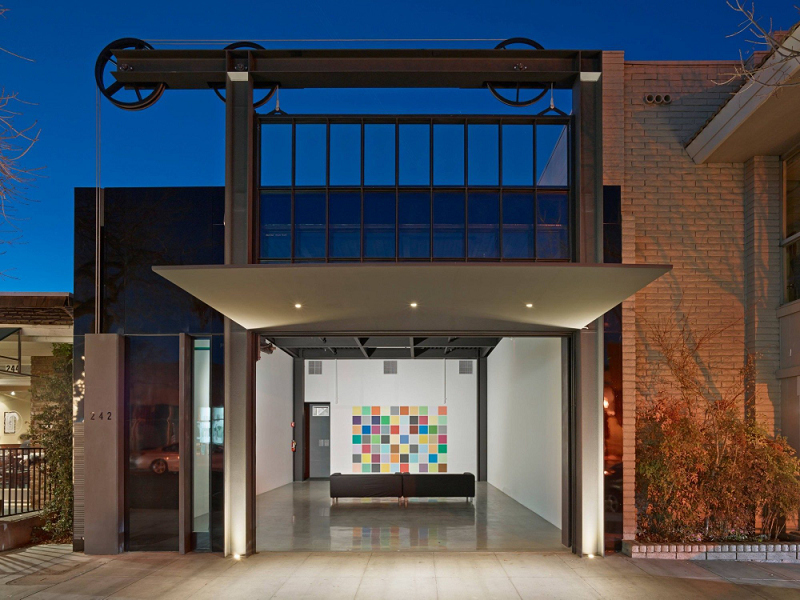