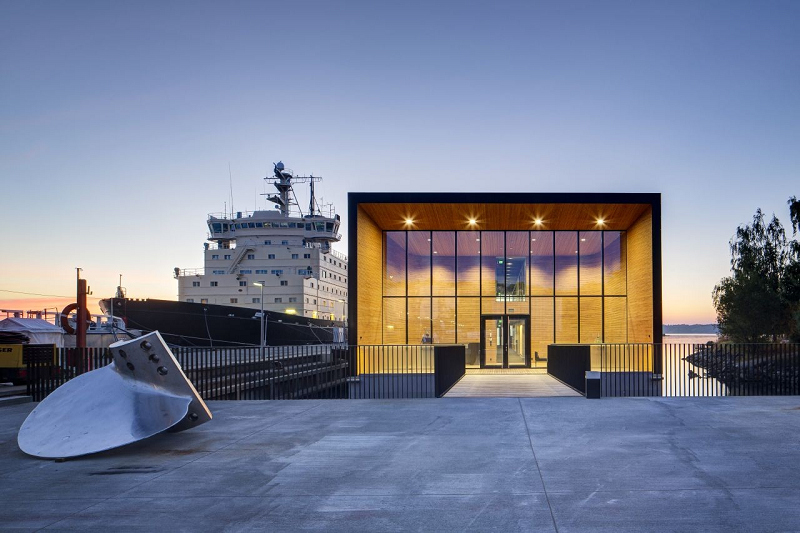 Finnish icebreaker company Arctia Shipping Ltd has moved its headquarters closer to the waters, so close in fact that its new office building floats in the Helsinki harbor. Designed by K2S Architects, the 950 square meter (10,225 sq ft) floating office was built in a shipping yard in the west of Finland before being towed to its new home at Meriksarmi Pier.

The choice to create a floating HQ was based on Arctia’s need to have its management team and ground personnel as close as possible to its ships. Starting out with the original plan to build on the pier, K2S quickly came up with the idea of creating a floating building, which meant it had more room to get creative. The decision to be build a floating structure also meant that the architects didn’t need to clear land or impact the local landscape during or after the construction process.

“There was not enough space on ground and this solution also allows the company to move the office building into another location if necessary,” K2S architect Mikko Summanen tells Gizmag. “The whole structure was built in the dock yards in controlled climate conditions, which is a great benefit in a Nordic climate.”

Drawing inspiration from the large hulls prominent in Arctia’s fleet of icebreaker ships, the floating building features a large black steel facade. The steel cell structure has been covered with a series of distinctive customized perforated aluminum sheets, designed to reflect maritime themes.
via gizmag.com 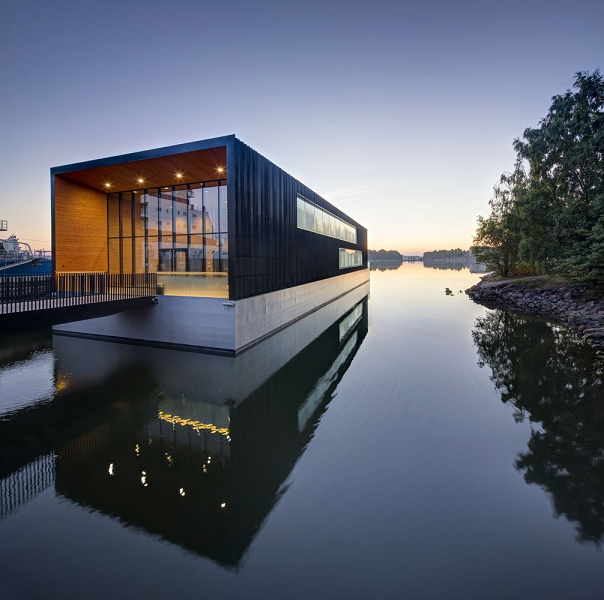 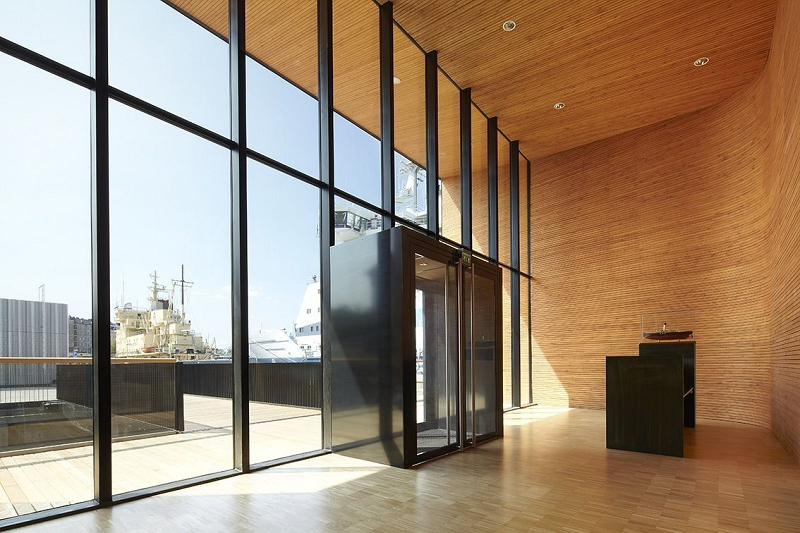 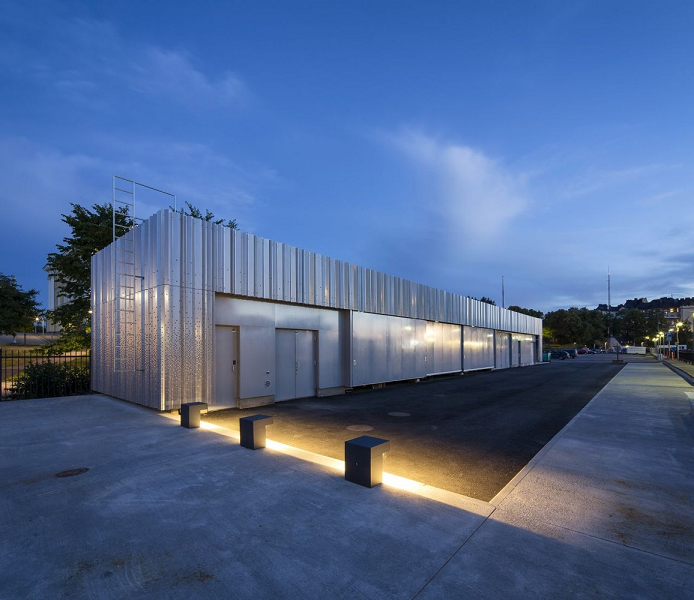 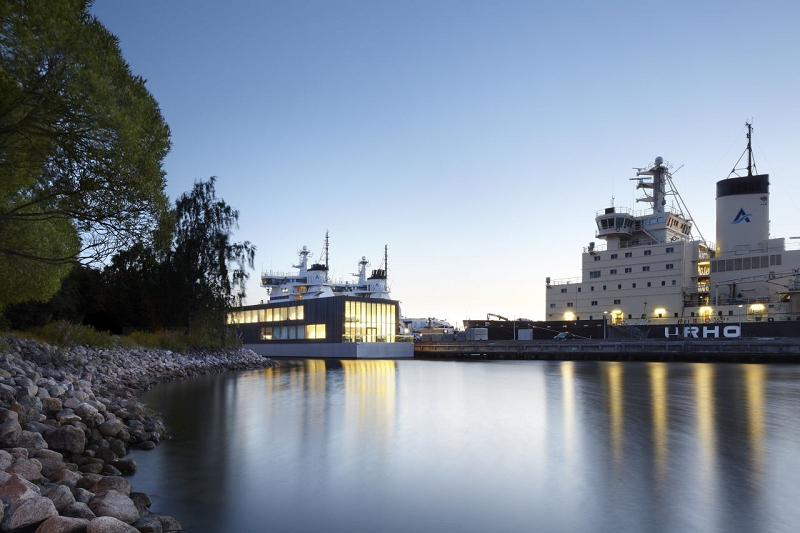 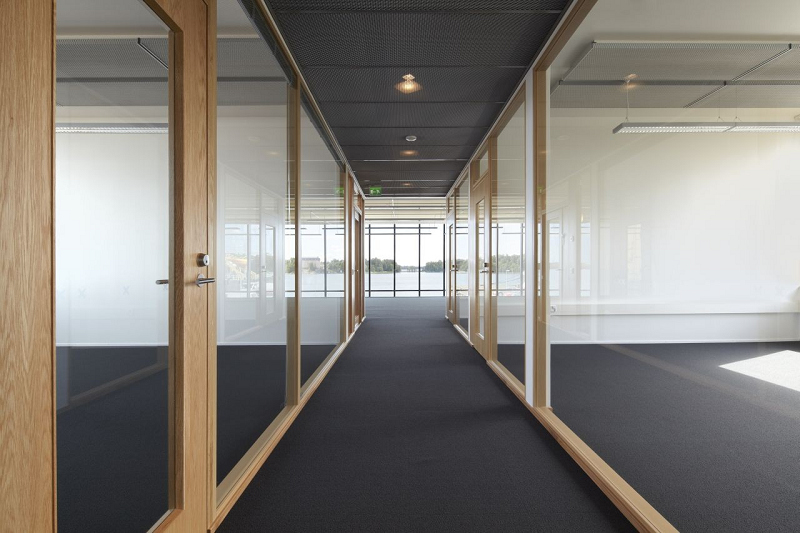 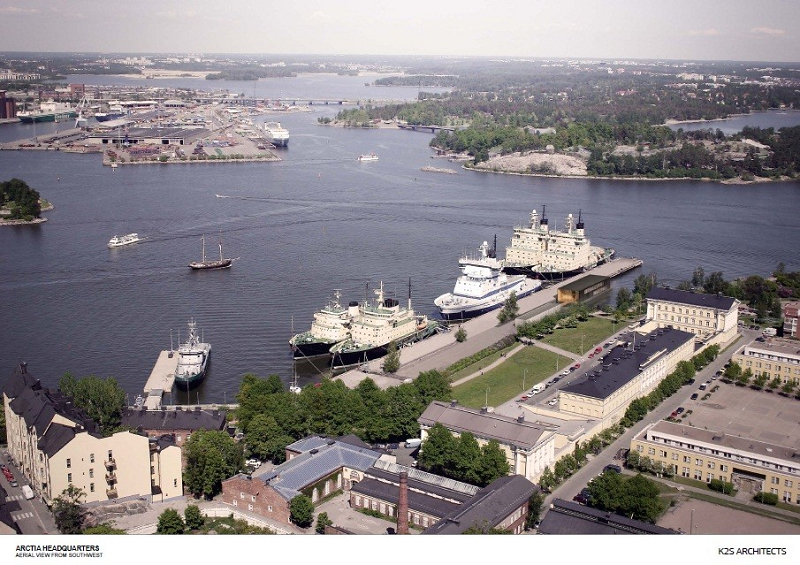 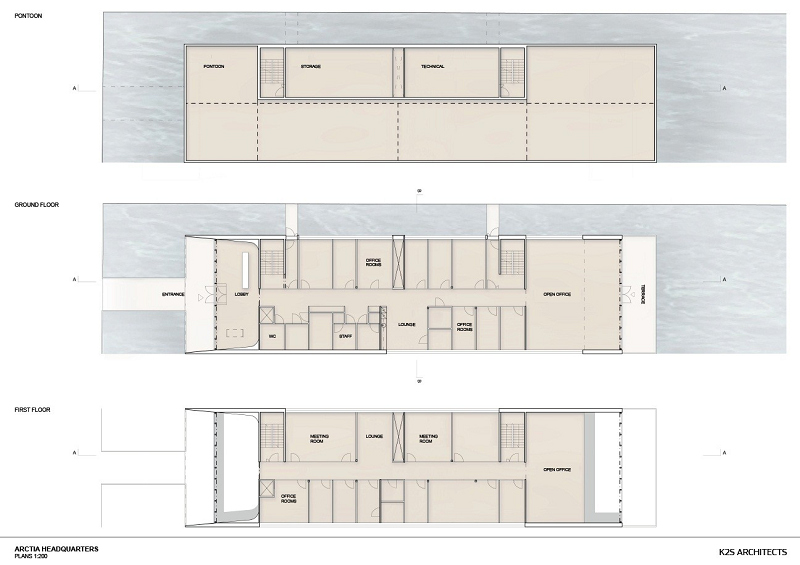 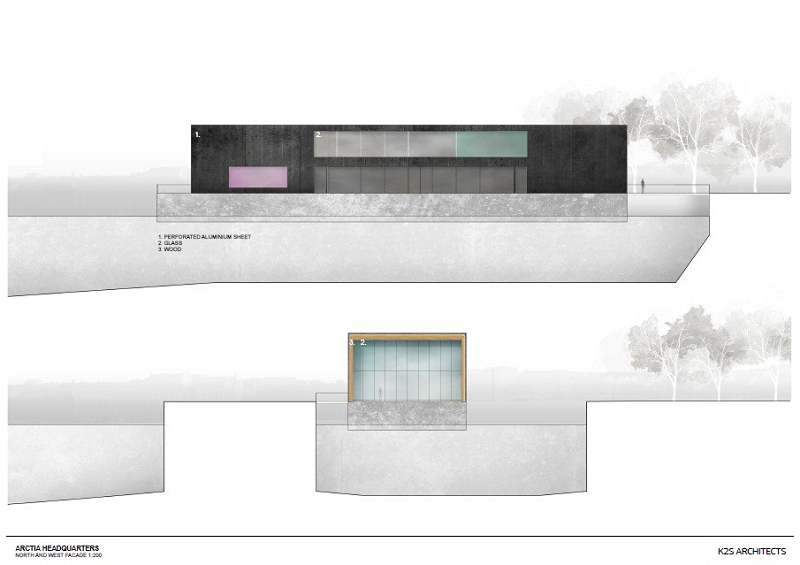