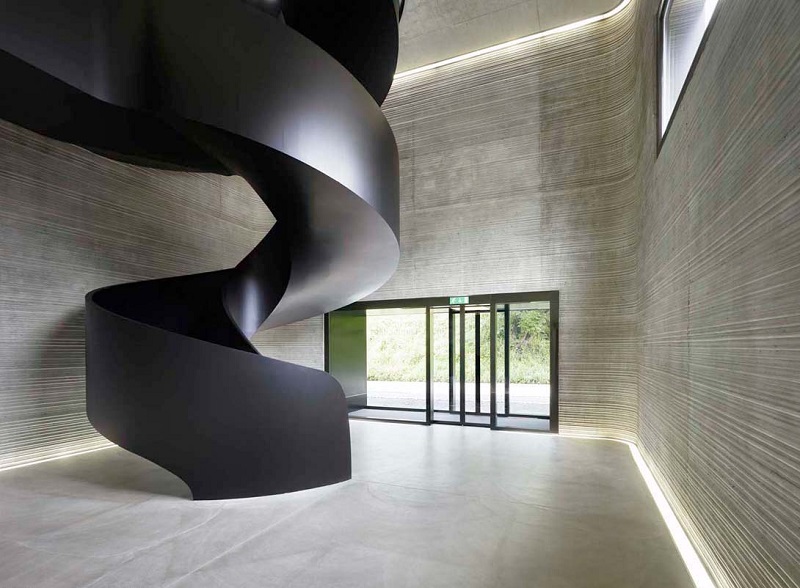 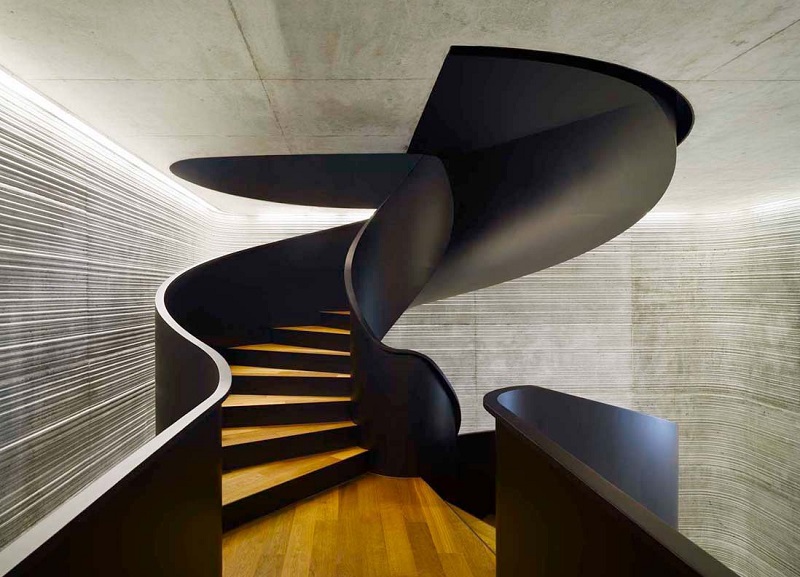 The current location of the existing office, amidst smaller and larger residential buildings cut off from the town centre by the railway line, hardly allows the public character of the institution to be expressed. We interpreted the need to double the amount of space at this location as a chance to translate the existing building into a powerful, self-confident form. We added an additional storey to the archive wing, although the competition brief explicitly excluded it. As a consequence the spatial programme is no longer organised horizontally but vertically. By placing the public zone on the second floor the visitors’ area is lifted out of the cramped topography. In the form of a glazed roof volume the new public zone now engages the urban district of Liestal, which lies on the far side of the railway line embankment. The vertical extension also allows the volume to be kept as compact as possible. The existing and the new levels form a single entity. 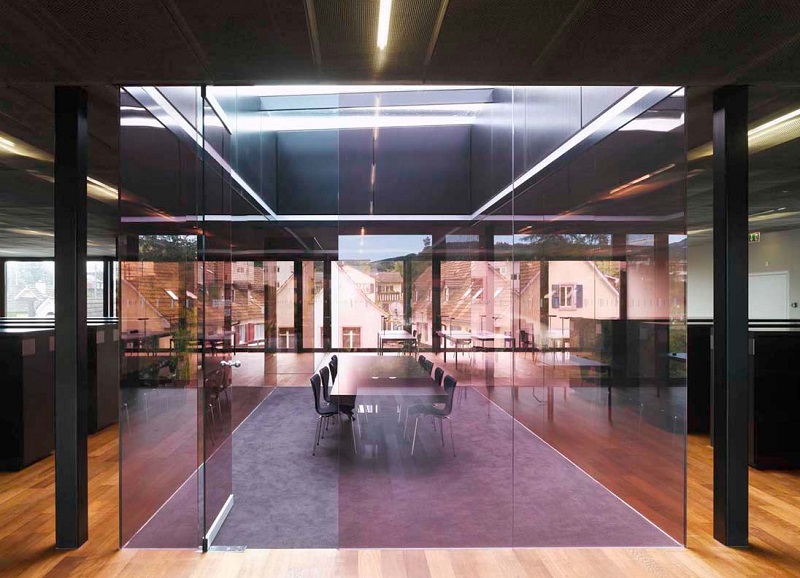 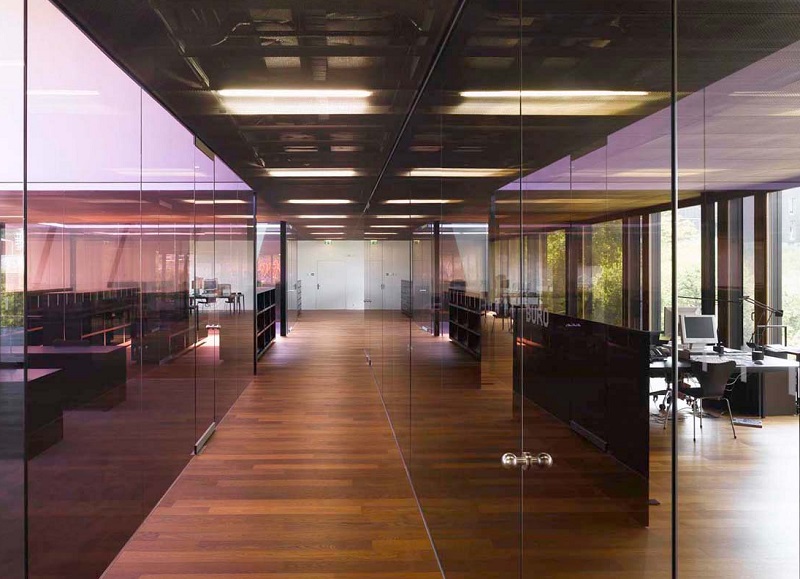 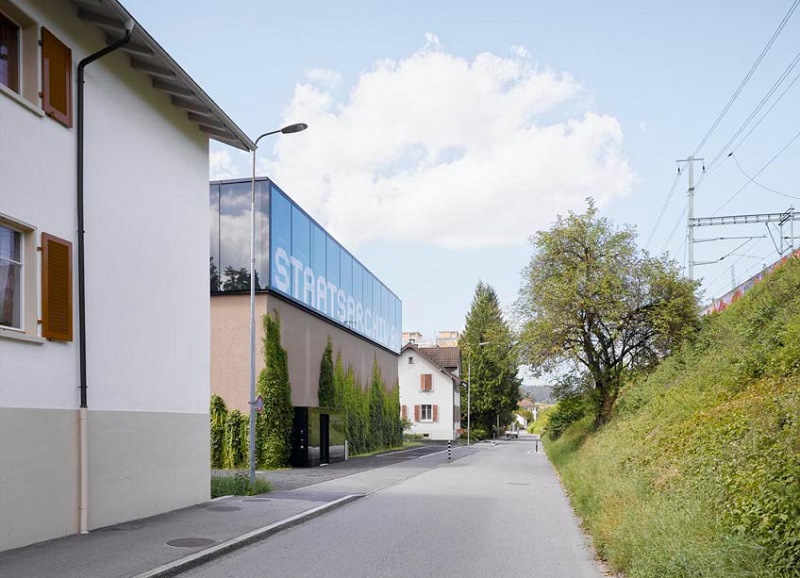 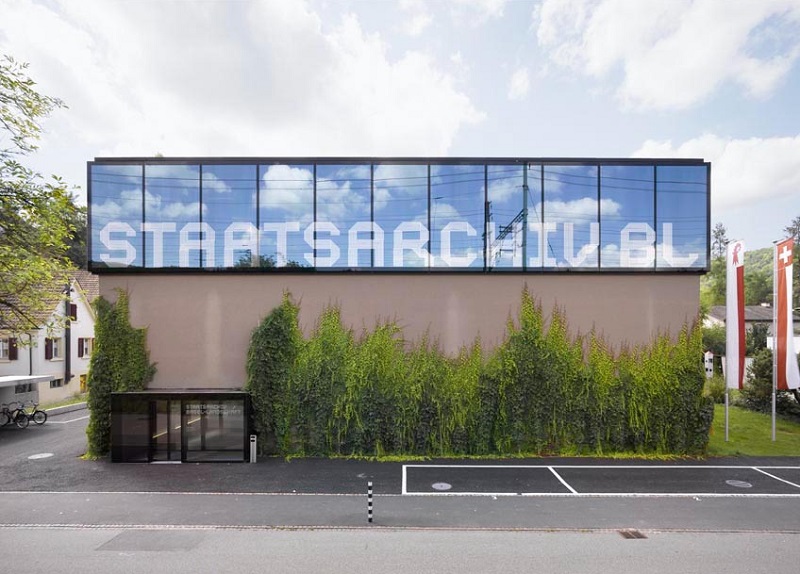 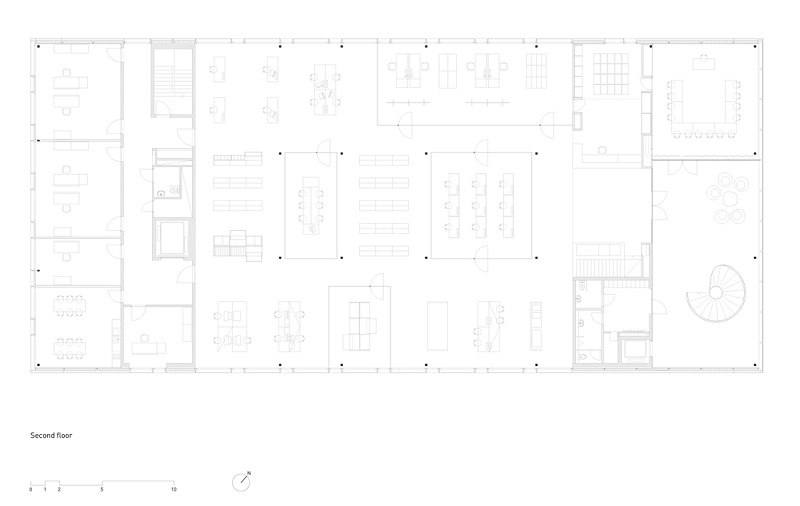