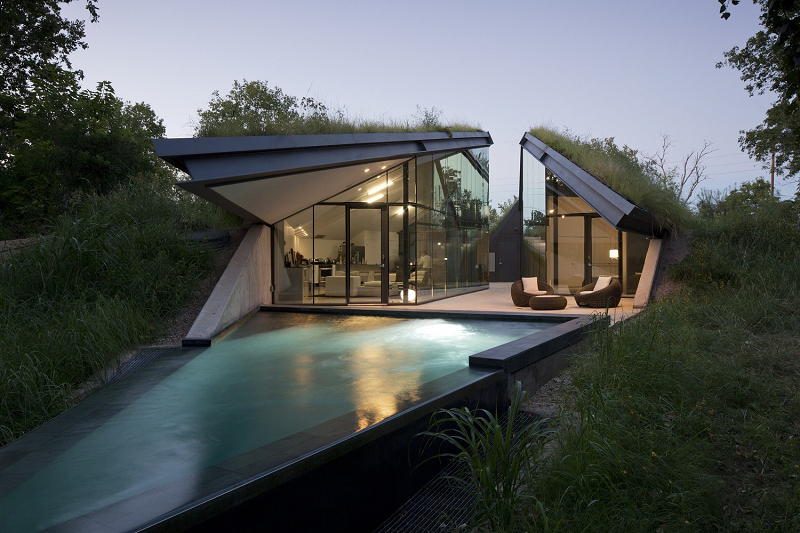 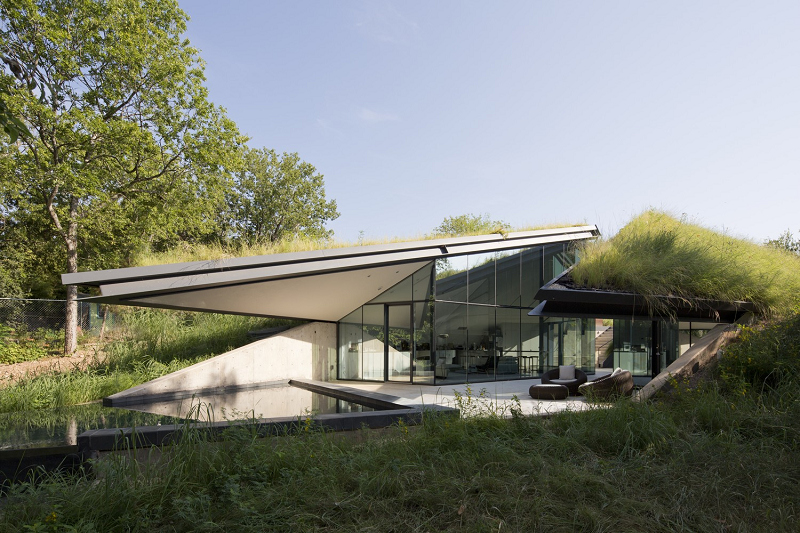 In an increasingly generic and de-natured world, we are interested in producing architecture tuned to the specificity of a place. The Edgeland residence is commissioned by a science fiction writer enthralled with 21st century human habitation in the urban frontiers of abandoned industrial zones. Not unlike Col Charles Goodnight’s first dug out at the JA ranch in 19th century Texas, the design is inspired by the vernacular of the “pit house”, one of the oldest housing typology in North America used by Native Americans through the ages. This brownfield reclaim project minimized disturbance to the site, as the previous excavations to remove an old Chevron pipeline left a scar on the bluff, the two new green roofed wings sheltering each other from the sun is an attempt to heal the land by restoring the slope and bring wildlife back. This approach addresses the climate of central Texas and utilize thermal capacity of earth to regulate temperature,  while the linear courtyard down the center allows fresh air to flow between the  bluff and the river below. The courtyard is a theater for observing migrating humming birds,  monarch butterflies, even ant colonies…etc,  heightening one’s awareness of nature in an urban setting.
via bcarc.com 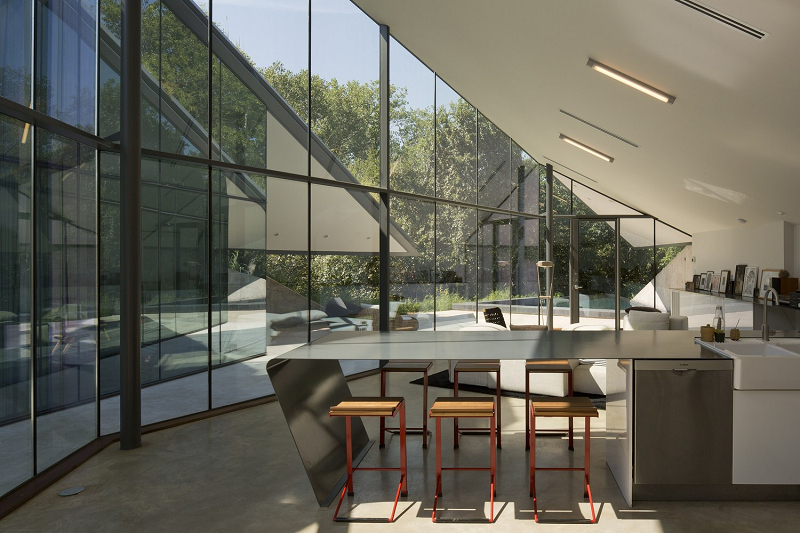 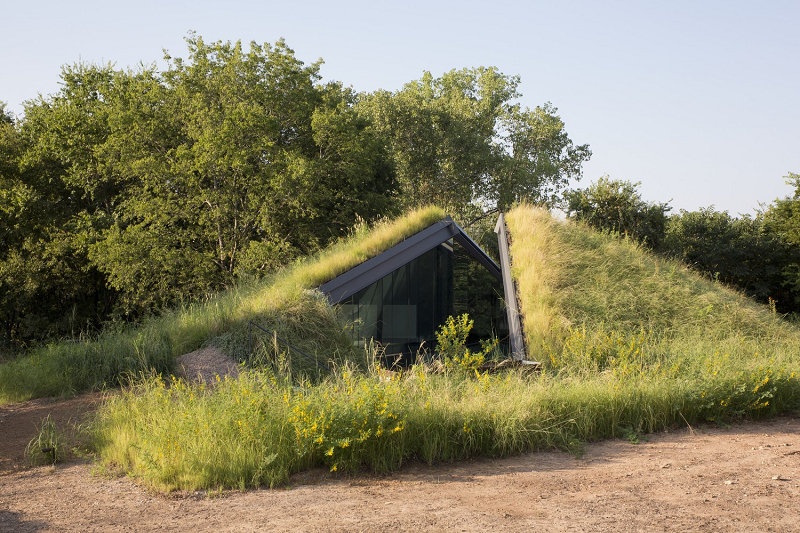 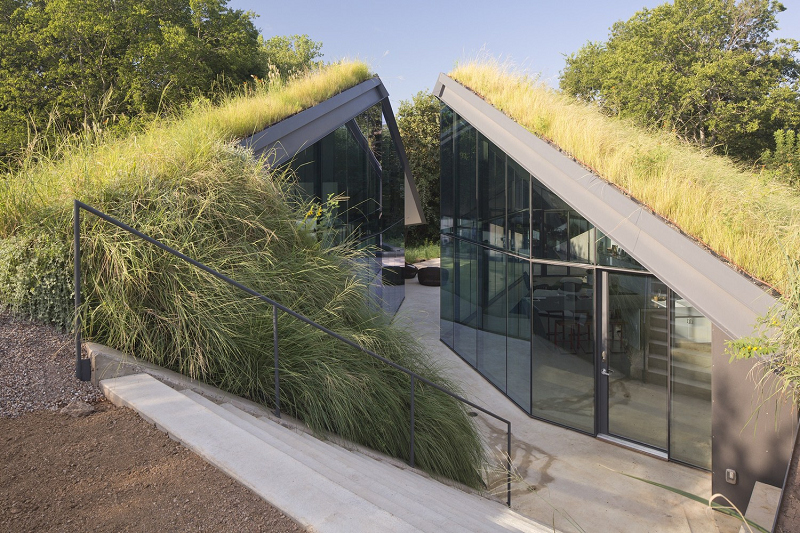 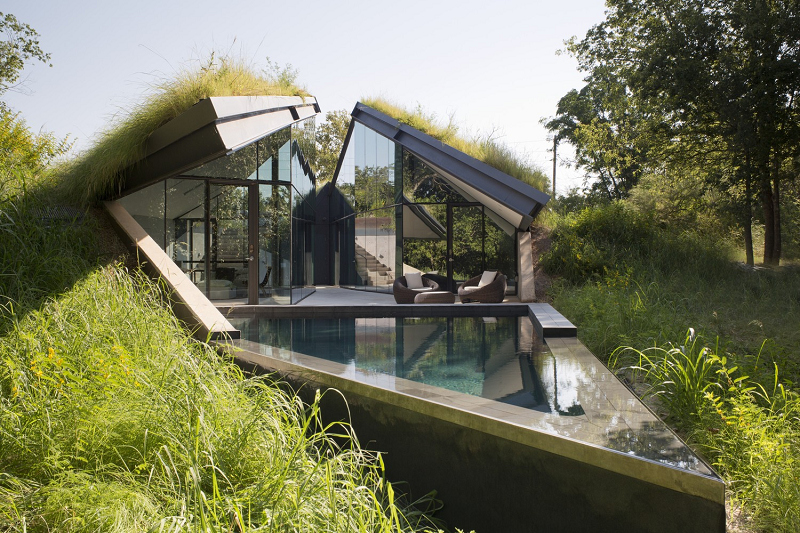 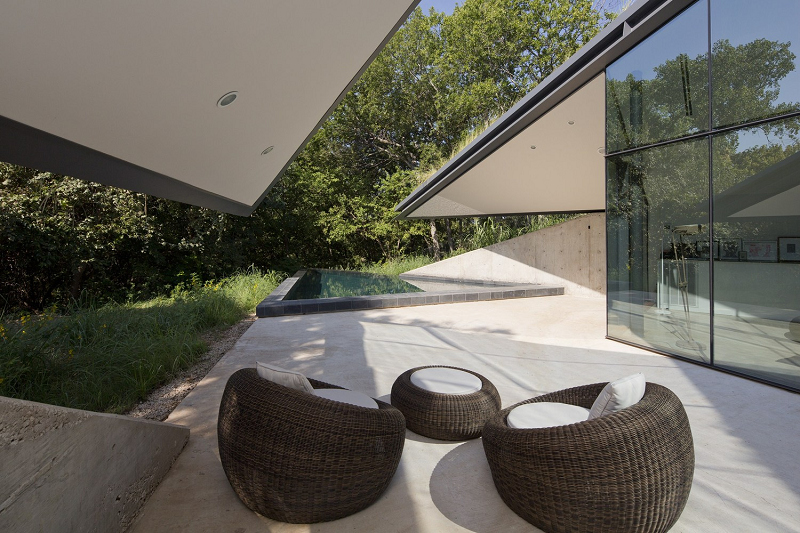 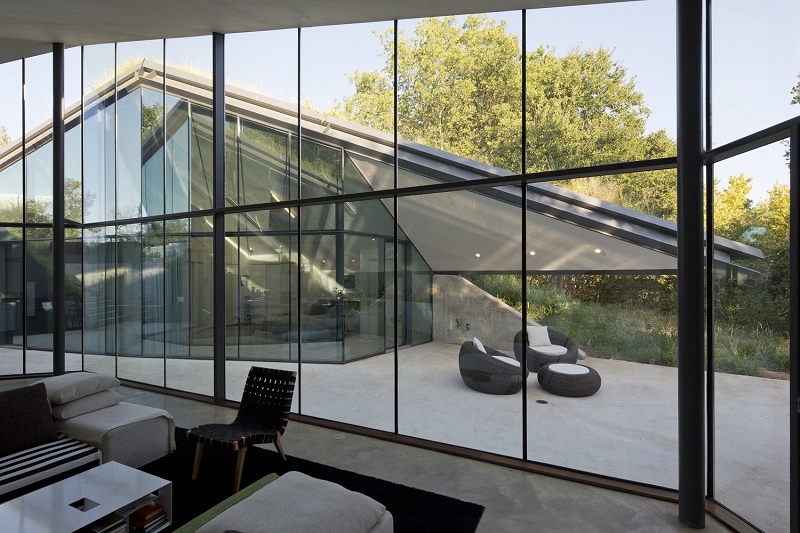 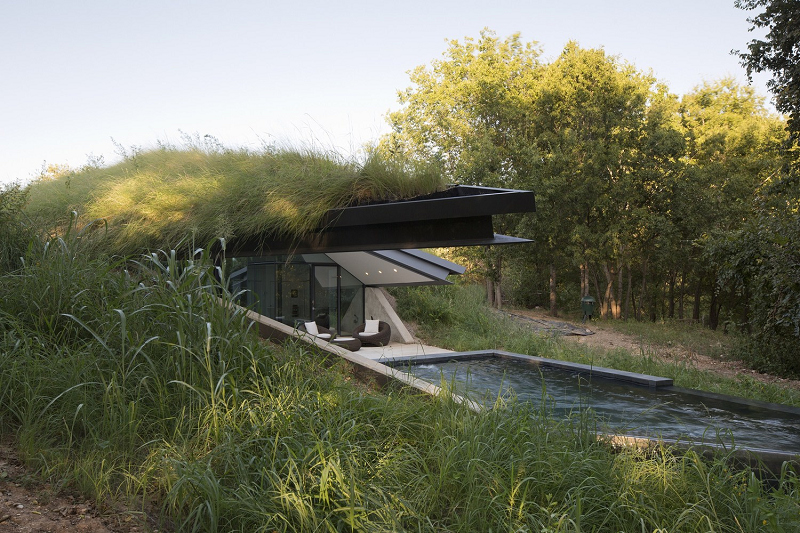 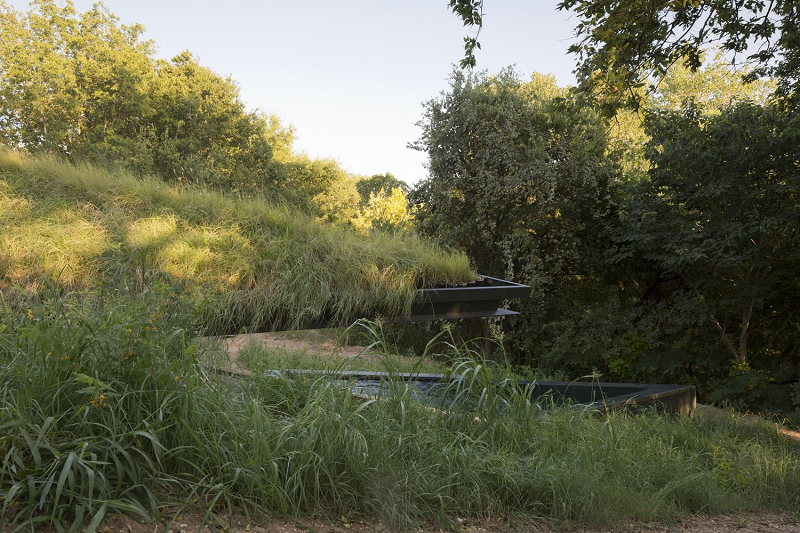 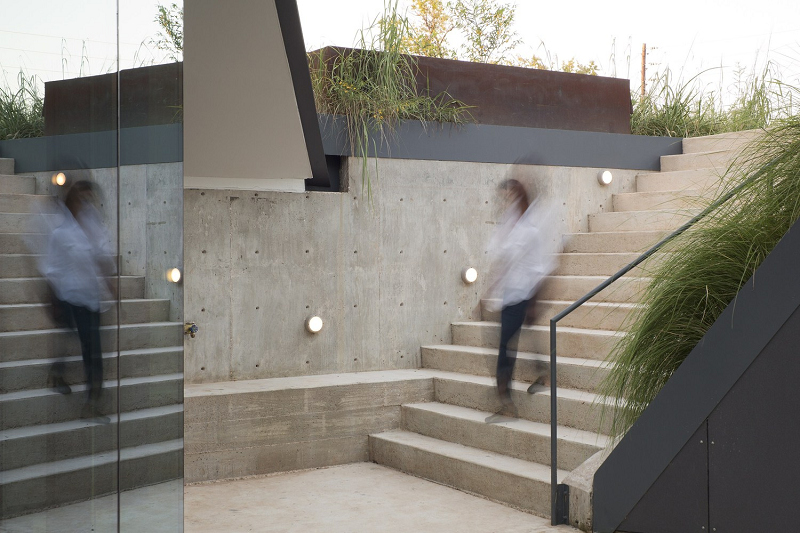 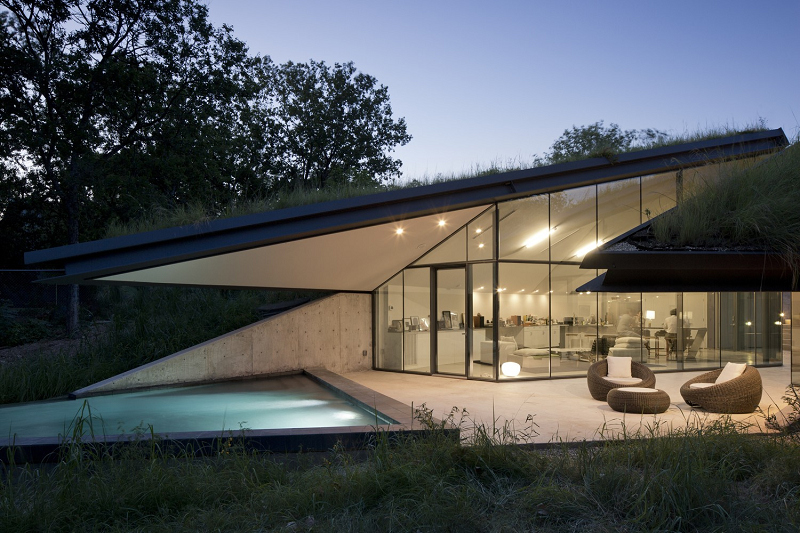 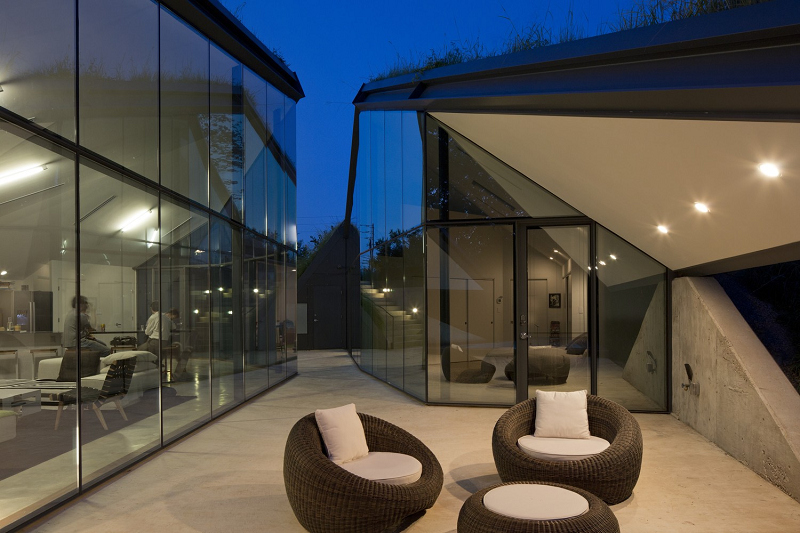 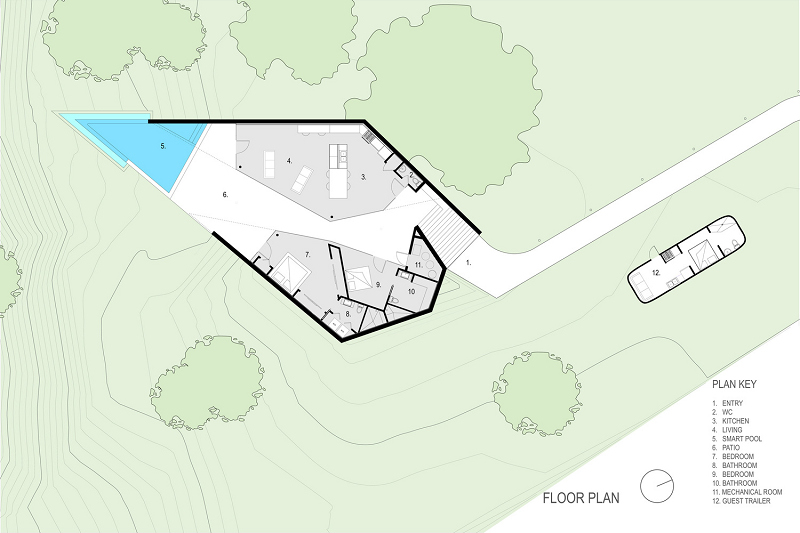 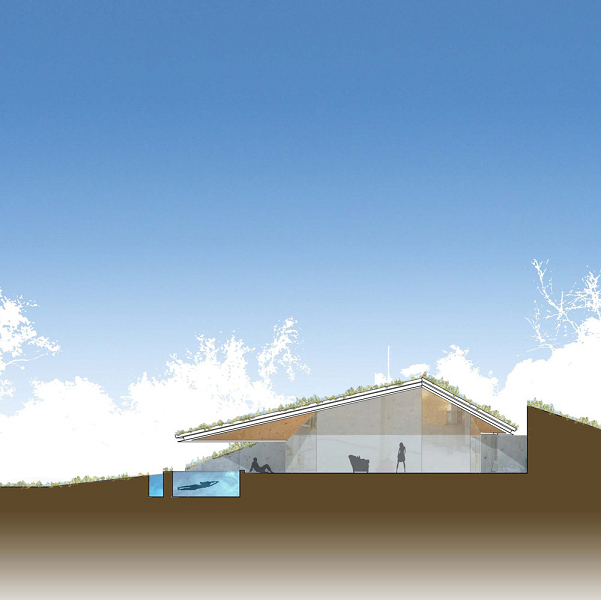 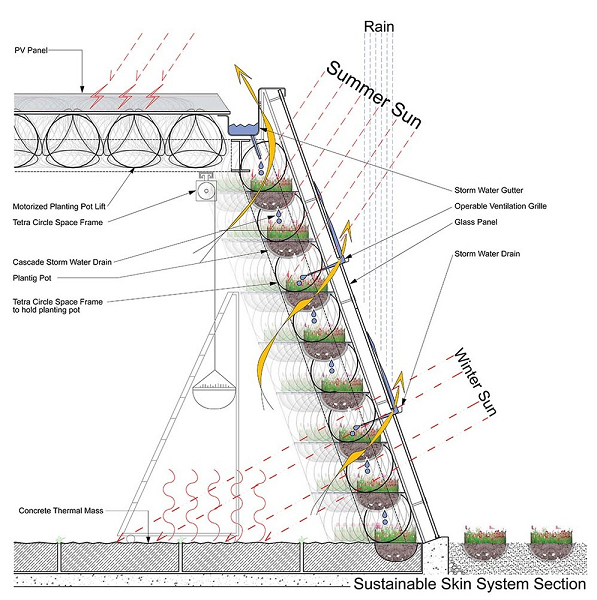 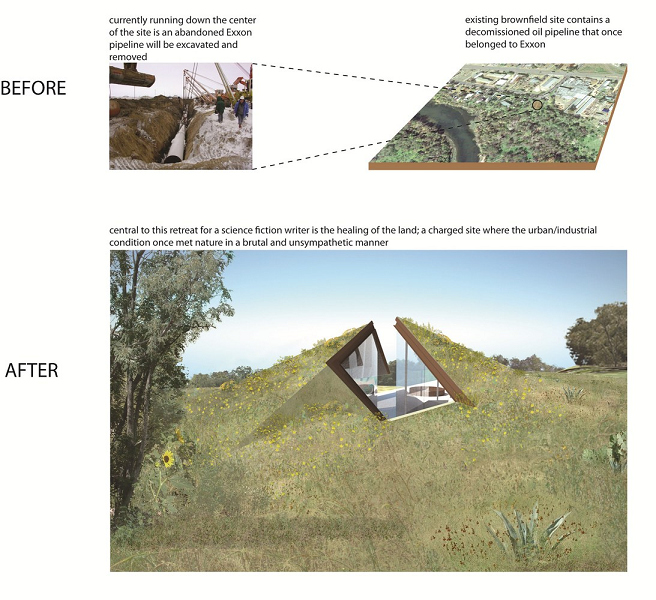