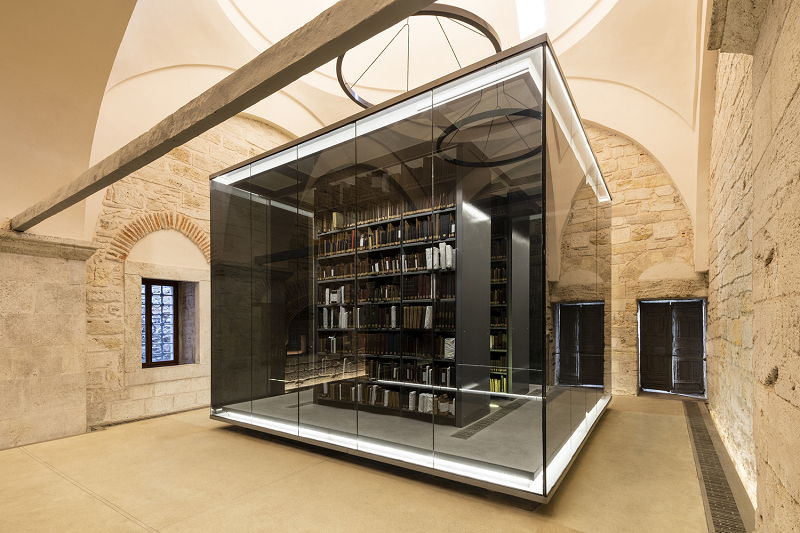 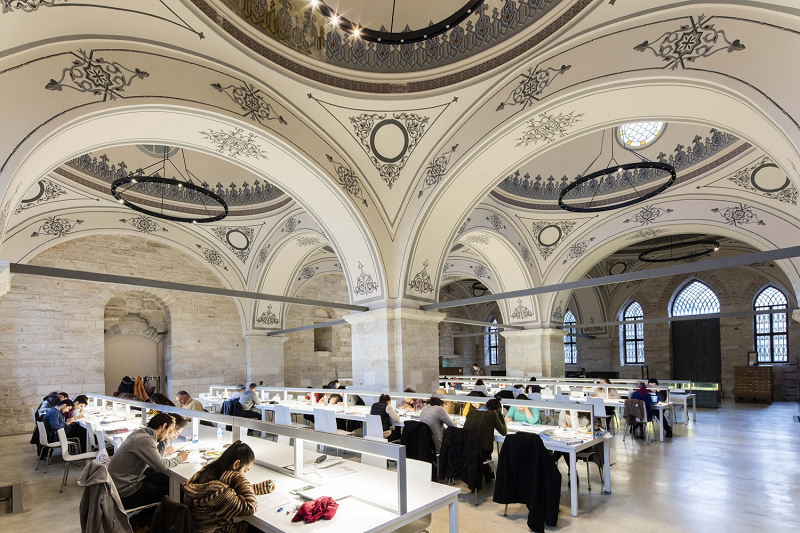 Tabanlıoğlu Architects, known for producing internationally relevant, contemporary architecture across the world has embarked on the restoration works of Istanbul’s oldest library, the Beyazit Public Library. First founded in 1884, the State Library building was originally the soup kitchen and Caravanserai of a complex that included a kitchen, a primary school, a hospital, a madrasah and a hammam. The library is a section of the Kulliyah of the Beyazıt Mosque- the oldest surviving imperial mosque in the city- built by Sultan Beyazıt II and completed in 1506. The complex (Kulliyah) spatially surrounds and defines the historic Beyazıt Square. Adjacent to Beyazıt Mosque, the Library is located in theBeyazıt Square that is connected to the spine of the historical peninsula, Divanyolu, and is one of the most vibrant spaces in the old part of the city. The quarter, where the State Library sits, is infused with historical connections of a literary nature; the old-book bazaar (bouquiniste) that is set in a courtyard leads toBeyazıt Gate, one of the main entrances of the Grand Bazaar. The front façade of the library backs the monumental plane tree under which is the traditional open air coffee shop serving since the Ottoman times.
via tabanlioglu.com 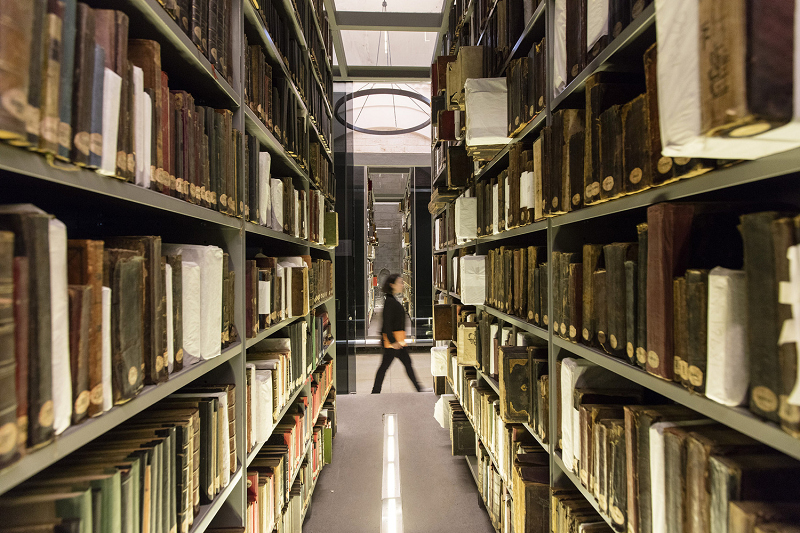 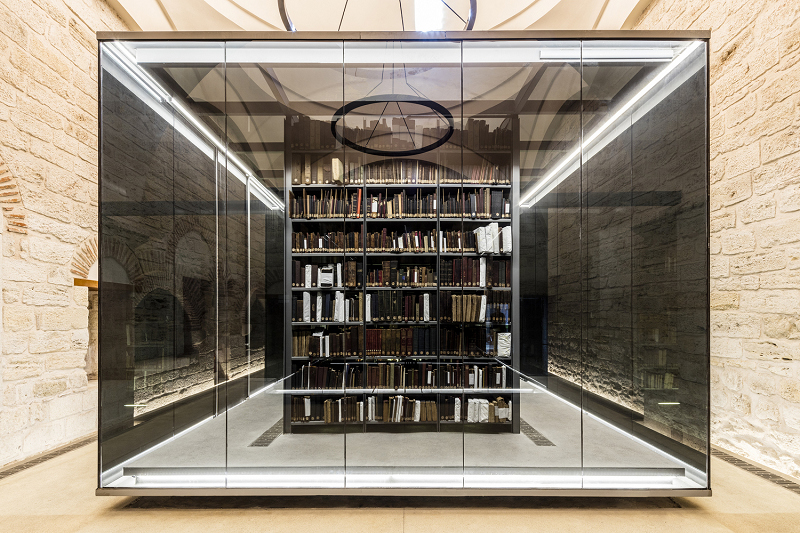 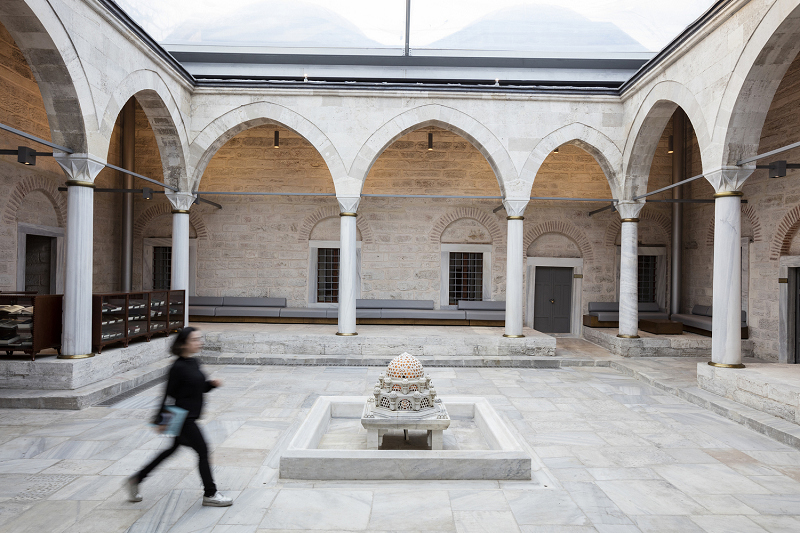 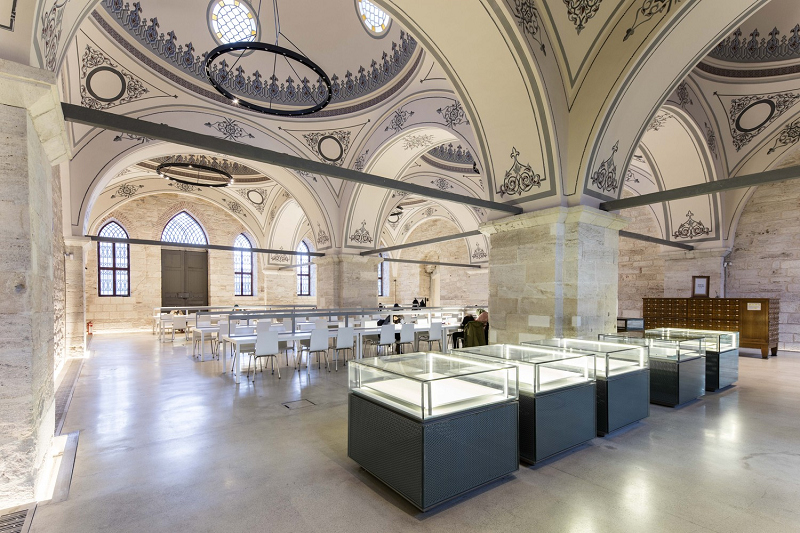 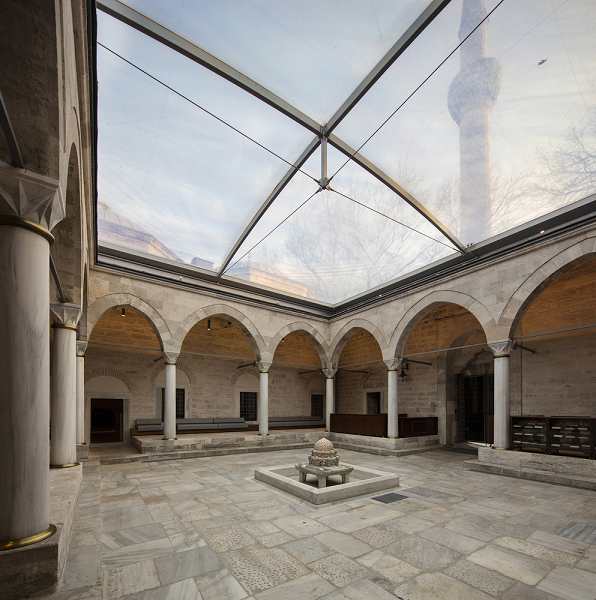 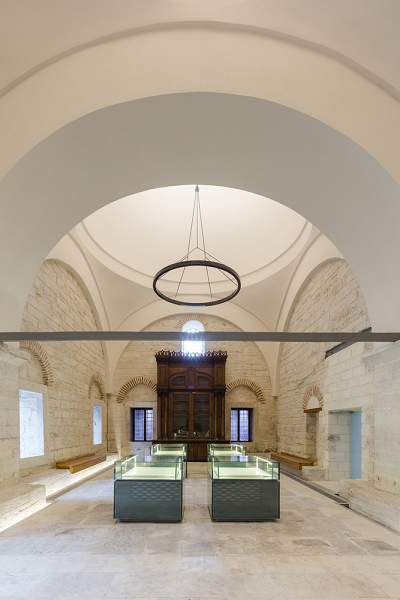 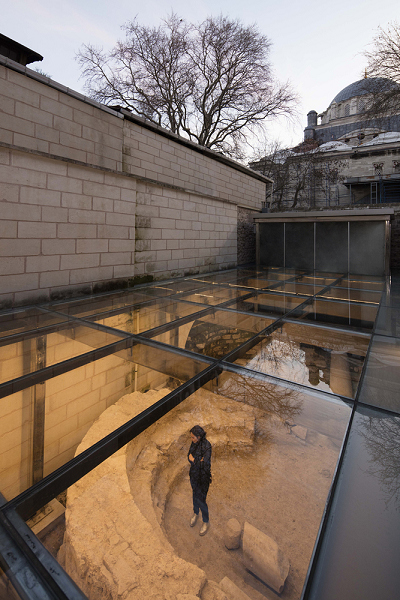 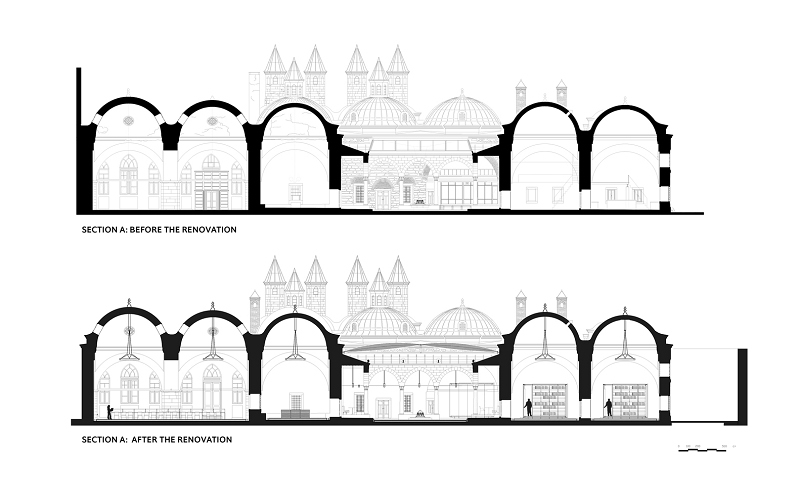 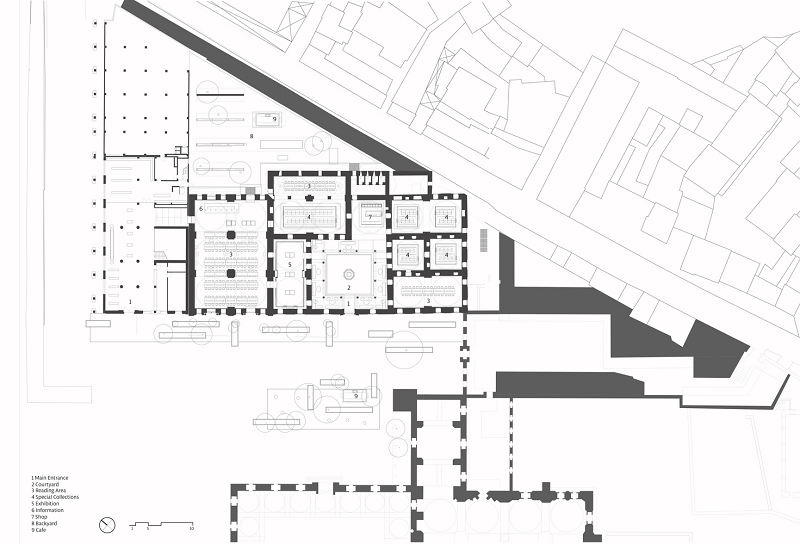