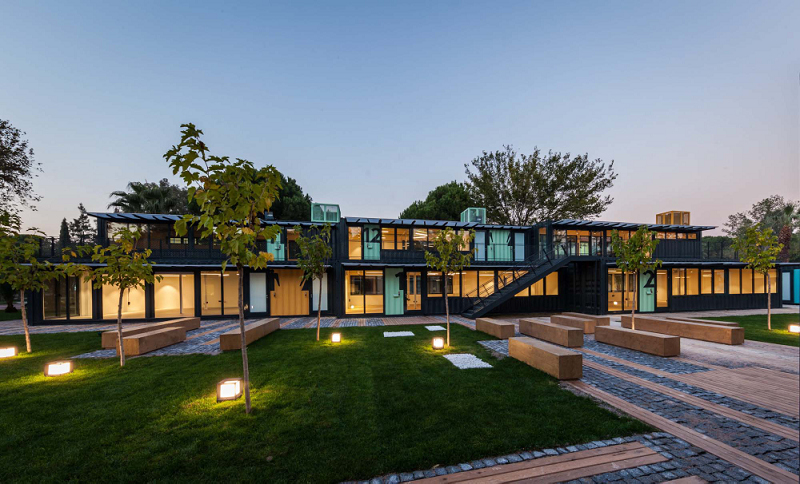 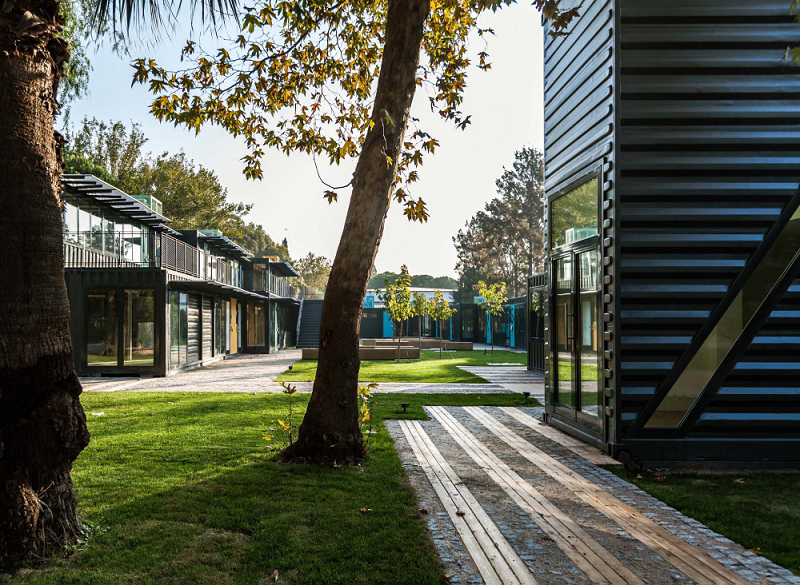 Recognizing that the 21st Century promises new productive relationships between education, research, and industry, iDEEGE Technopark approached Atolye Labs about a facility to foster interdisciplinary collaboration and anchor the emerging technopark in the heart of Izmir, a bustling cosmopolis in Western Turkey. The resulting project repurposes 35 second hand shipping containers to form the centerpiece of a new, vibrant research community on the campus as well as to function as a creative magnet for talent in Ege University, Izmir and Aegean region at large.
The 1000m2 technopark facility will house independent R & D facilities of large Turkish and International companies focusing on biotechnology, energy, materials and software research. This program is coupled with strategically situated “catalysts” to increase interaction and collaboration potential among all members of this community.
The project was unique not only in terms of its fast-paced research, design and construction process (all in all in a tight 9-month schedule), but also because the project’s brief, site and program was developed and refined by the design team itself. Furthermore, key design principles of site-specificity, ecology and future proofing helped create a role model for similar institutions in Turkey and beyond.
The project started with the discovery of a dormant site with the rubble of a demolished building amidst the large university campus. By re purposing locally acquired second hand shipping containers located 12km away in Izmir port, the design team was able to upcycle an underused site with underused construction materials.
via atolyelabs.com 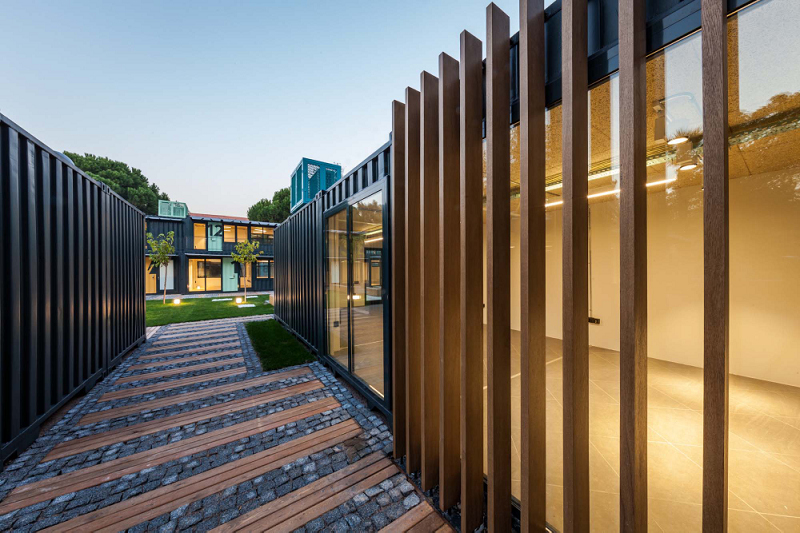 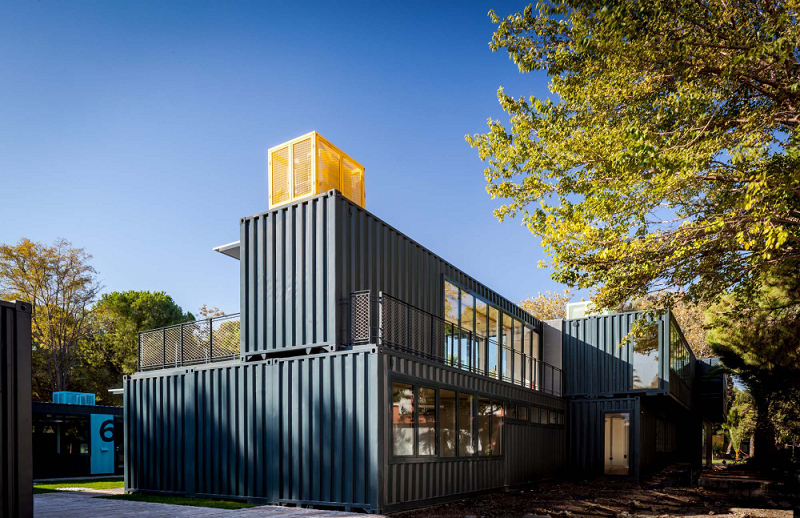 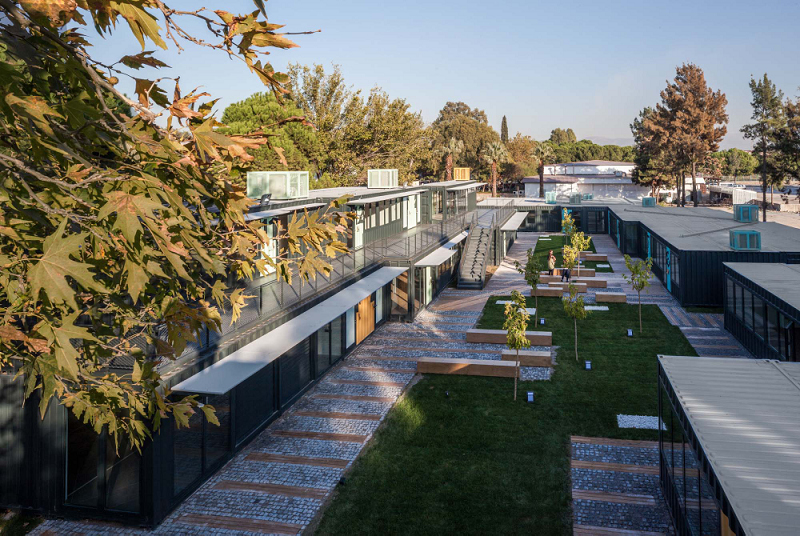 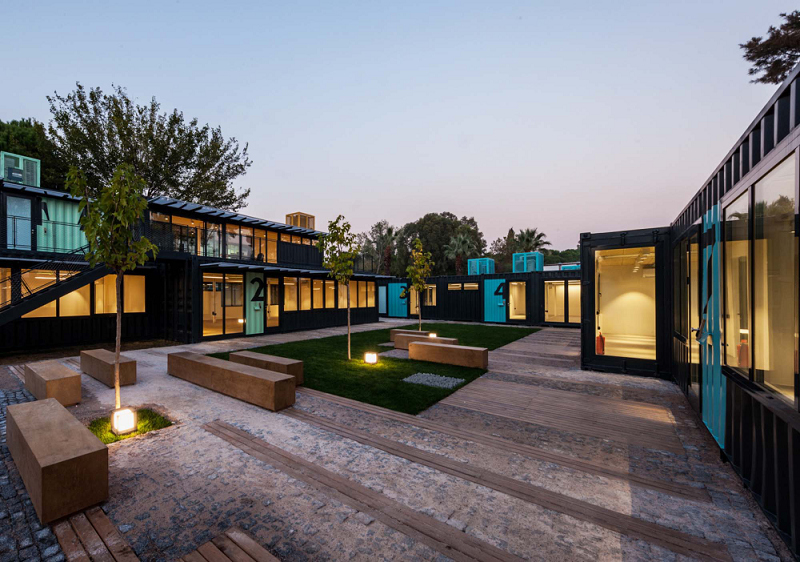 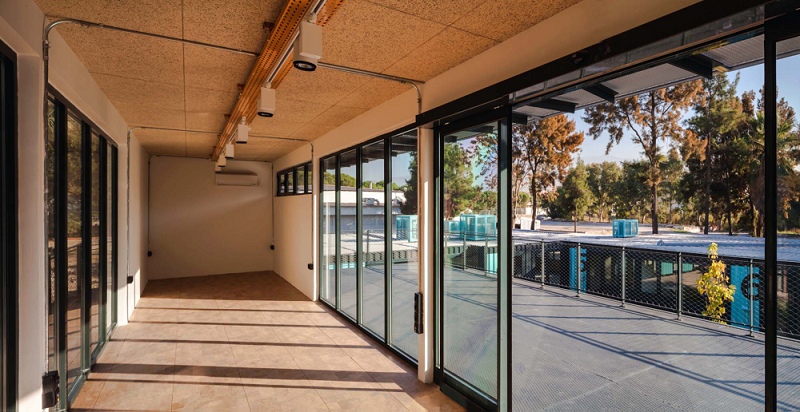 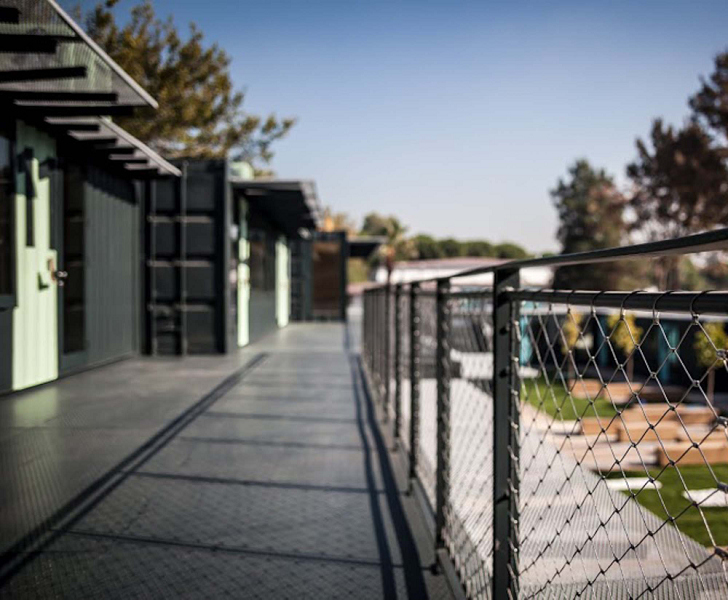 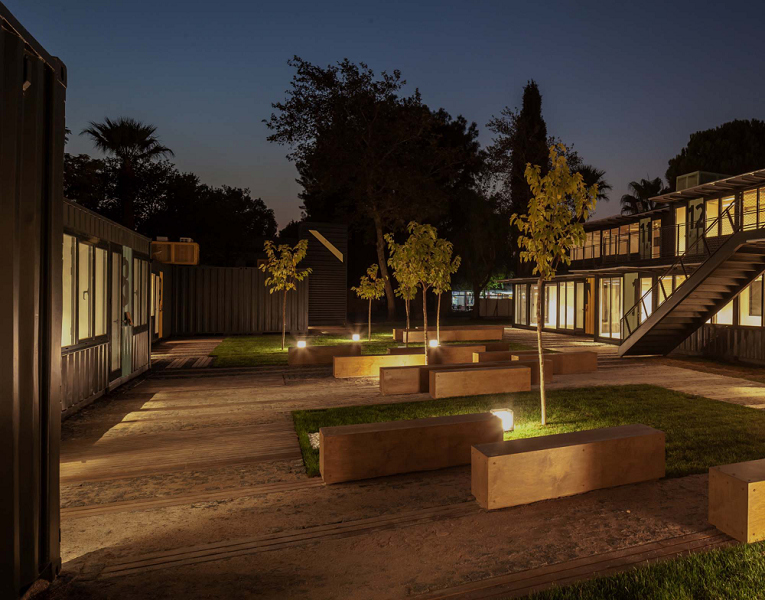 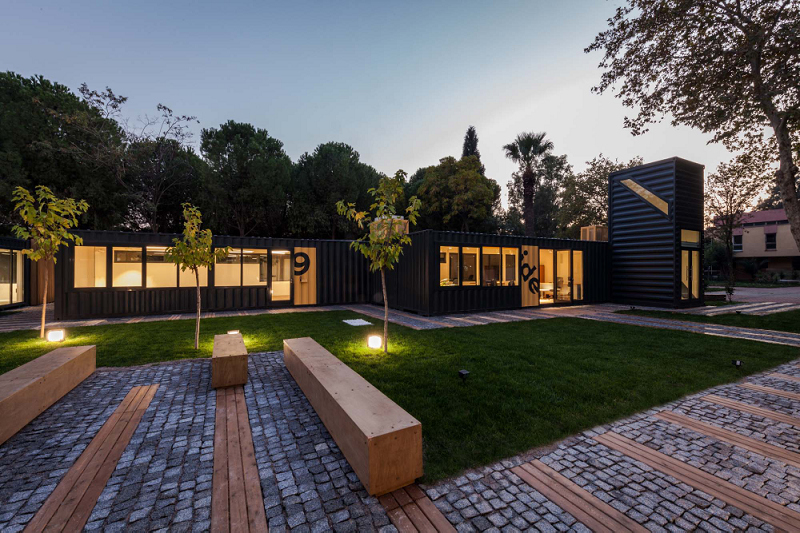 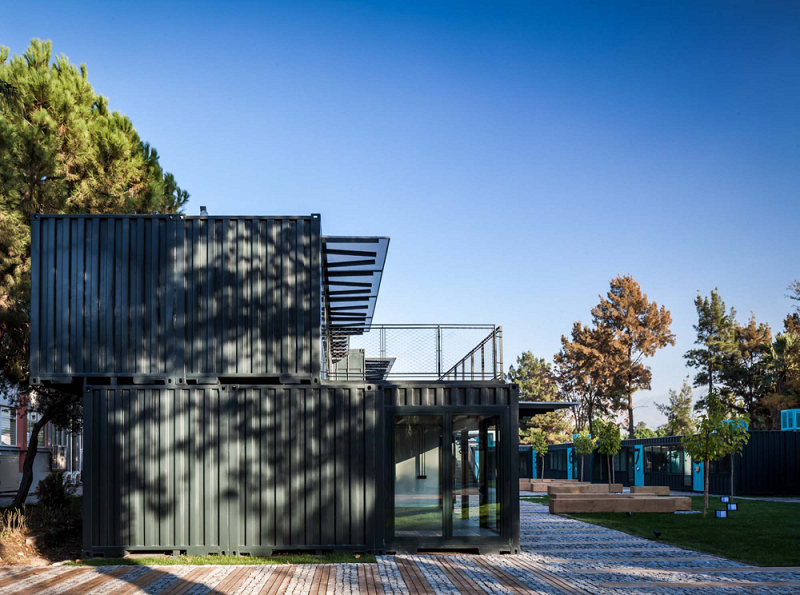 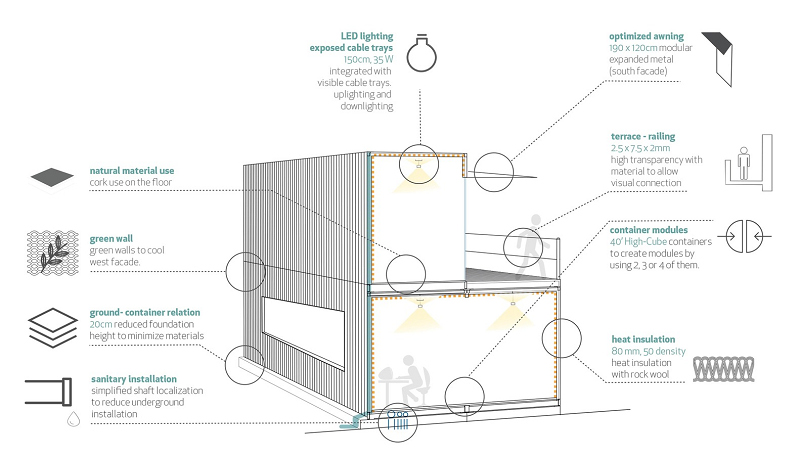 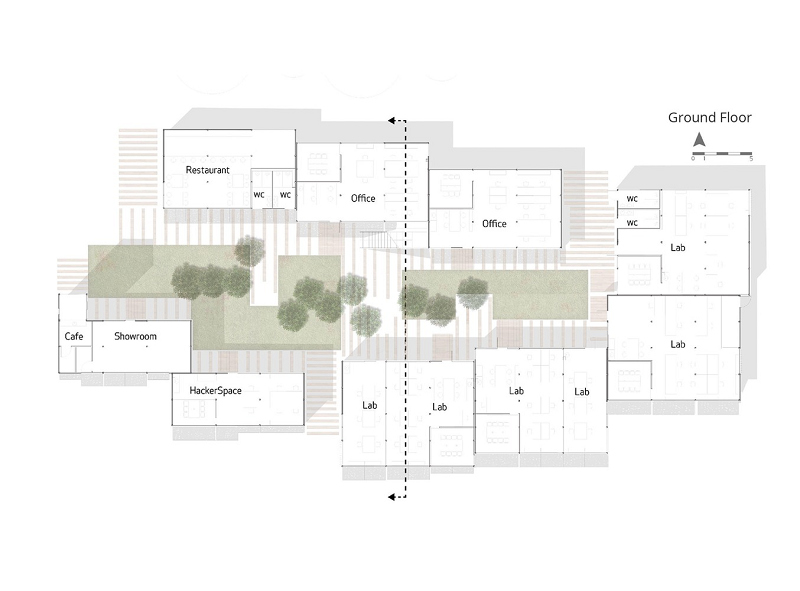 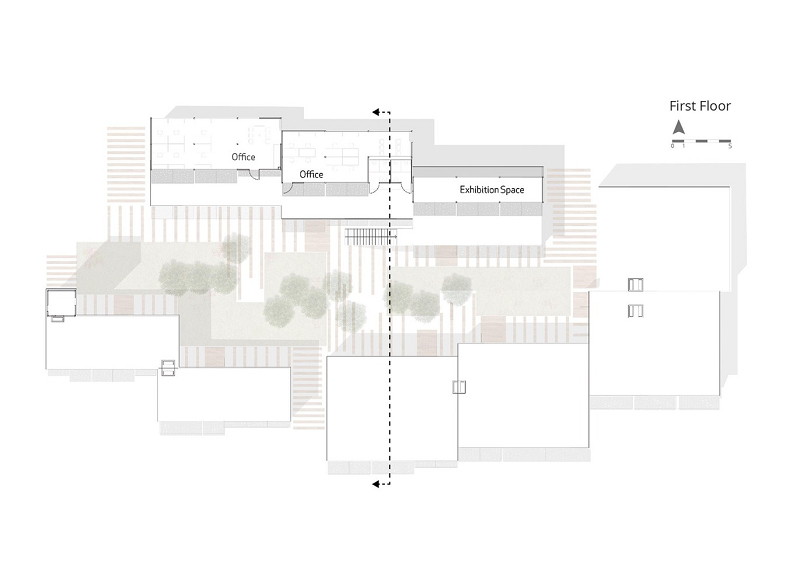 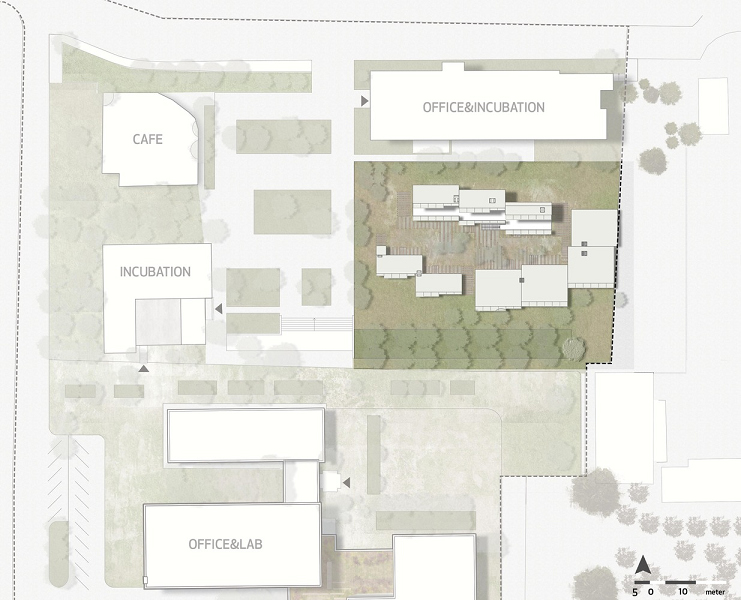 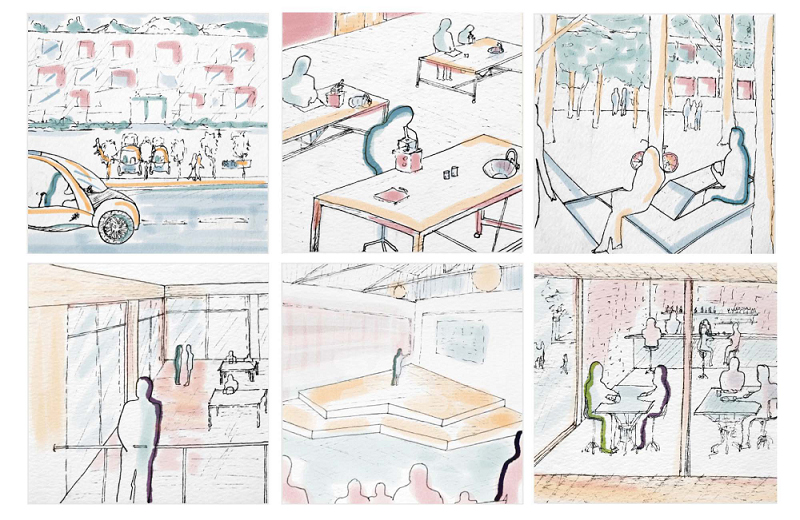