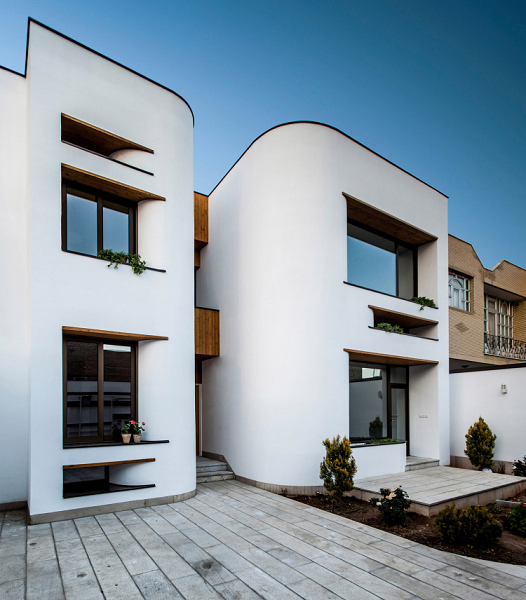 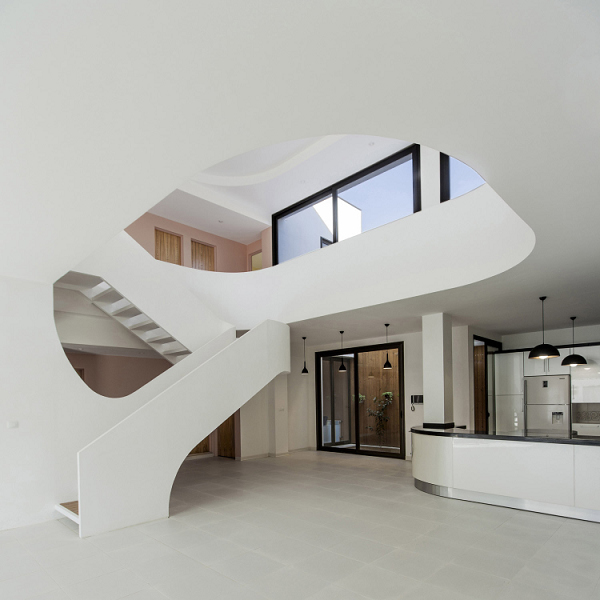 The land of the Bahar House is situated in a relatively cheap area in Najafabad in the Isfahan province. The clients were a family of four, who aimed to have a two-story house due to the small size of the land; the ground floor for parents and upstairs for children.
Given different lengths of the east and west sides of the project, we had to set up the house with two different sides, more on the east and less on the west. This motivated us to divide the building into two functional areas: the public spaces including kitchen, living room, and the guest hall on the east and private spaces such as bedrooms and toilets on the west. This division into two parts enabled us to organize spaces on the upper floor, allocating part of the public area to the void to connect the two levelsvisually.
Entering the house happens through the volume gap. At the entrance, a statue-like staircase separates the private and public spaces of the ground floor, linking the empty space of the void with the overall geometry of the house. At the end of the house, along the spaces that halve the building, we created a small yard that extends to the upper floor to shape a terrace. In the north-positioned houses of Najafabad, given the direct view from the houses in front, the southern yard is usually not usable.In spite of this fact, the yard of our project provides the living room and the guest hall with a view to the flowerbed and flowerpots of the northern yard and the sky, even when the southern curtains of the house bring down.
via ayeneh office 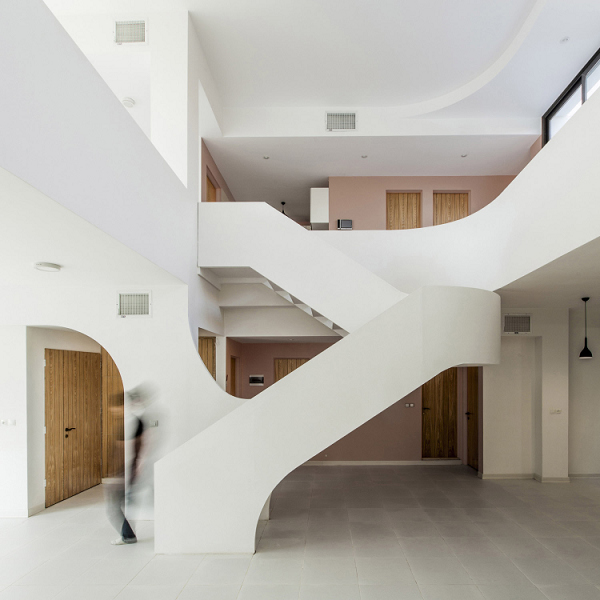 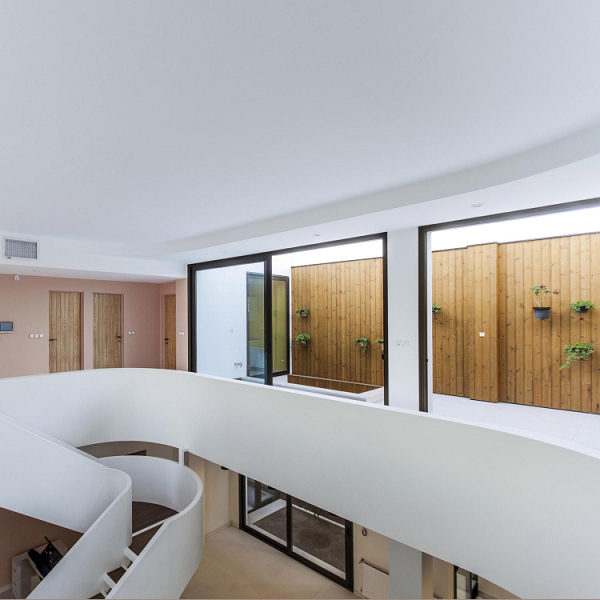 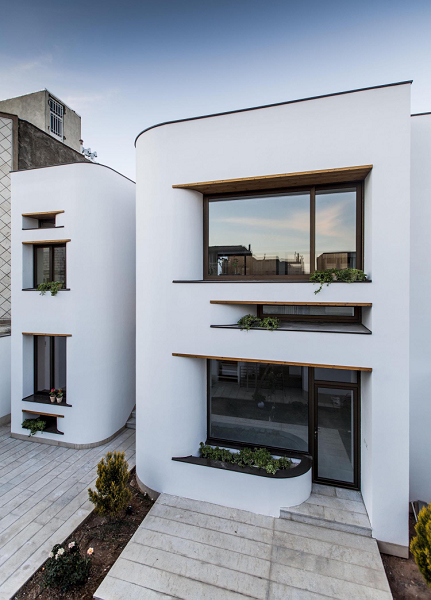 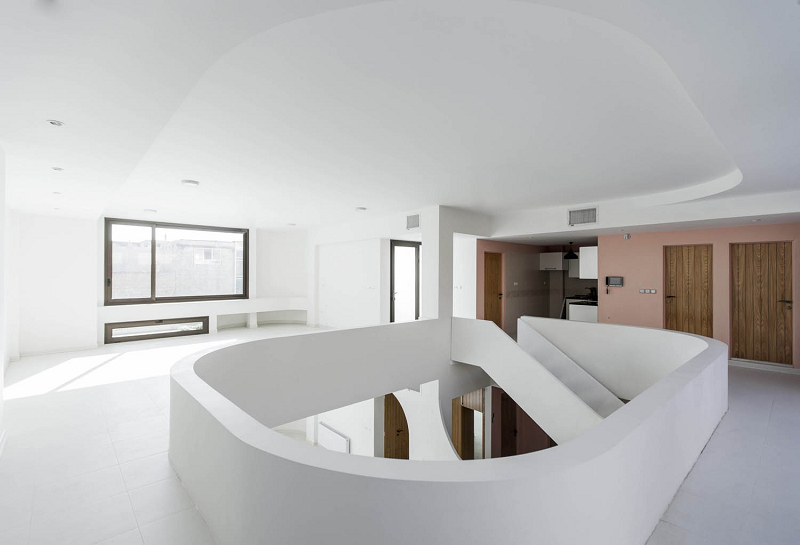 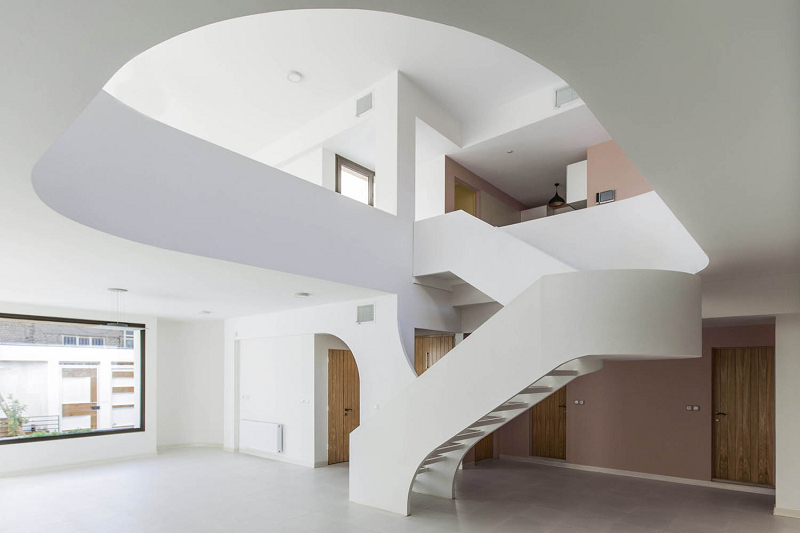 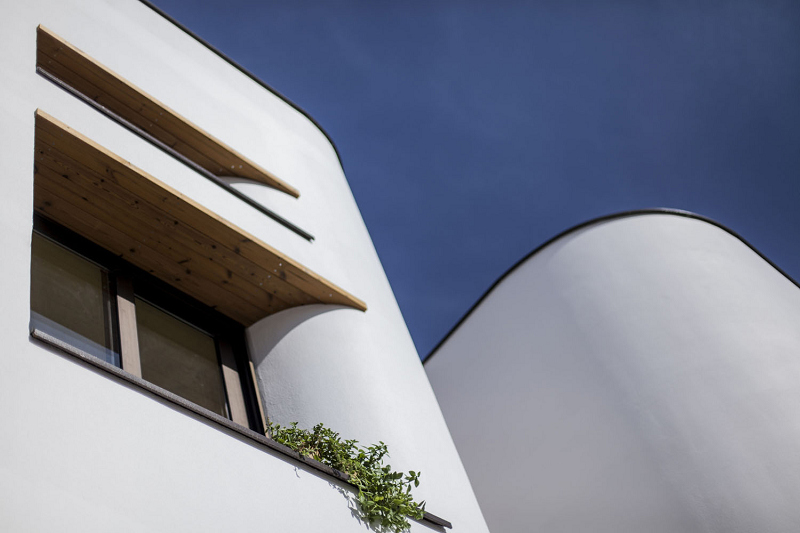 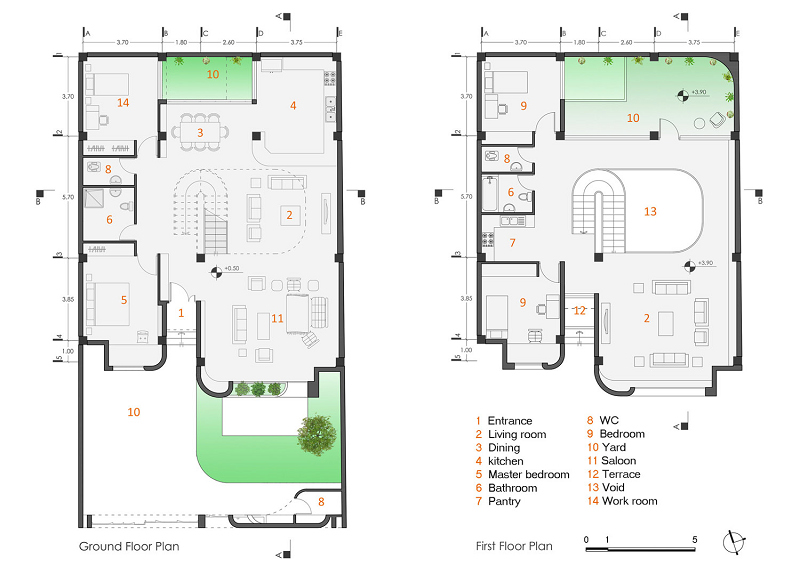